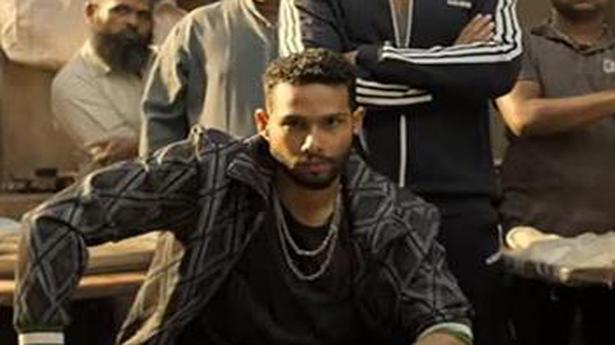 ‘Character actor’ is an annoying term that Bollywood taught me early on. Though it owes its origin to the West, it is used in a pejorative way in mainstream Hindi cinema. This coinage with its inherent class distinction sets apart a cohort of actors from the leading men and women of Hindi films. I wonder why, though. After all, the central lead is also playing a character in the film. And what would many of these films be without the so-called character actors?

Characters do not exist in a vacuum. They are created and embellished vis-a-vis their social backgrounds. The milieu of the lead characters or a contrast is created through their association with an array of supporting characters who are uncharitably labelled character actors.

In the larger power hierarchy too, character actors are often relegated to a secondary status. We barely see them at film promotions unless they are yesteryear sensations staging a comeback or if their performance has received rave reviews. For a very long time, Hindi cinema used character actors as comic relief, or they essayed prototypical aunts, uncles, parents or friends. Very few received an independent storyline or back story unless it impacted the hero or the heroine of the film.

A new crop of Hindi films is, however, attempting to change that portrayal. In many recent films, ‘character actors’ successfully eclipsed the main lead and attracted more attention for their performance. There are perceptible changes at the level of scriptwriting where special attention is being accorded to the character arc of these actors. For instance, I think of films such as Bareilly Ki Barfi, Masaan, Newton and Badhaai Ho equally, or perhaps more, for the multiple stories that abound alongside the lead, sometimes to the point where one wonders who the lead really is.

In this context, Zoya Akhtar’s Gully Boy stands out for many reasons: its nuanced storytelling, superlative performances, luscious camerawork (Jay Oza), extremely measured editing (Nitin Baid) and effort in finding other stories of Dharavi beyond the known and the obvious. It also excels in bringing to the forefront a bunch of ‘character actors’ who make every bit of their screen time memorable. Vijay Varma as the unscrupulous yet humane Moeen and Siddhant Chaturvedi as rapper MC Sher are the highlights of the film. They are not second fiddles but hold their own in the plot. They are both integral to the narrative while also helping to bring about different facets of Ranveer Singh’s Murad. In fact, the film opens with Moeen and then Murad appears from behind. Similarly, Murad is unimaginable without his friend and mentor, MC Sher. The hope is that this will enable new encounters in storytelling in Hindi films.

For 22 years, Ash Ketchum has had one thing on his mind: to become a Pokemon master, along with his trusty Pikachu by his side. As the iconic title song goes, he has “wanted to be the very best, like no one ever was”. And now it’s finally happened! In the latest episode of Pokemon: […]

Actor-writer Siddhu and debutant director Aditya Mandala hold forth on their soon-to-stream Telugu rom-com Krishna And His Leela (KAHL) is among the few Telugu films that was received warmly among OTT releases. The film gave its lead actor and co-writer Siddhu a much-needed break and the recognition that he had sought for a decade. The […]

The first meeting between Gautham (Harish Kalyan) and Tara (Shilpa Manjunath) isn’t the sort that one would expect after seeing the cutely-in-love kind of posters of the two in the promotional material. He picks a fight with her a few minutes into seeing her for the first time, and drops her into a swimming pool. […]