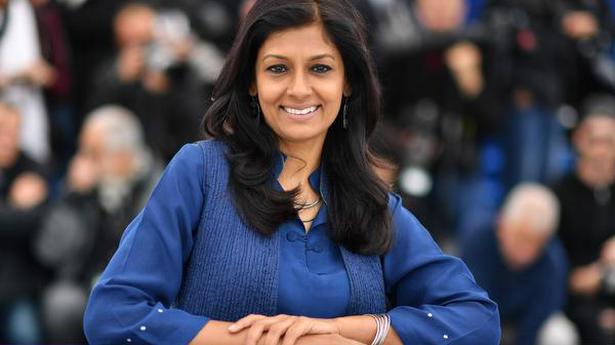 Donning the director’s hat a second time in a decade, Nandita Das’s film Manto starring Nawazuddin Siddiqui in the titular role has been raking critical acclaim at home and abroad. Having just returned from a screening tour of the film at the top universities in the United States, The Hindu caught up with the actor and director to talk about her next release, a ‘conceptual remake’ of Saeed Mirza’s cult film Albert Pinto Ko Gussa Kyun Aata Hai (APKGKAH). The film stars Manav Kaul in the role of a common man on a mission to right the wrongs in society. “I play multiple characters in the film. Most important of these is Stella, who is in love with Albert. She is an ordinary person, with ordinary dreams – a good partner, a good home. Albert too loves her but is extremely disturbed by everything that he sees around himself and so is torn away from her. I think Stella’s ordinariness and resilience will be very relatable,” shares Das.

Any remake carries the burden of living up to the original, however, this film isn’t a direct adaptation of the 1980 film. “A ‘conceptual’ remake is like taking only the seed of the idea and yet having the integrity to acknowledge and credit the original. The film is completely Soumitra’s [Ranade, director] take on how he sees the country today and the angst of the youth. I think it is an interesting idea where, neither the plot nor the narrative is being replicated but the very core of the original is looked at with a contemporary lens,” shares Das. Albert Pinto Ko Gussa Kyun Aata Hai? also stars Saurabh Shukla and is scheduled to release on Friday.

Aware of the political context of the film, Das realises the critical time at which it has been remade. “The earlier Albert Pinto was made in the post-Emergency era. The Jayaprakash Narayan movement had failed to provide a stable government at the centre. We, as a country, were at cross roads where we had to choose. Today, we are in a similar predicament, where politics and conversations, have all become so polarised. Divisive forces are distracting us from the real problems of unemployment, poverty, inequity. There is anger simmering among the youth, the farmers, the marginalised, and that is the political undertone that the film has. This film deals with the pain of Albert, who probably represents many,” she comments.

The conversation on democracy leads to streaming platforms and the opportunity they provide to smaller projects that don’t have the backing of huge productions houses. She says, “I have seen very little on the OTT platforms but I know it has opened and democratised the space much more. I am getting offers to direct for such platforms and am very open to exploring them. The ability of the digital platforms to break the economics of large theatrical releases is a welcome development.”

When asked if films can impact real change, the actor is quick to answer, saying, “Cinema seldom creates an obvious revolution, but it goes into our subconscious in a subliminal way. Films don’t need to be preachy or have a ‘big message’ but instead have to be honest in their intent and creative in their expression. Films can reflect inconvenient truths, trigger questions, disturb us and push us to think, feel and act differently. Cinema can have a profound impact and can create social change if it aims at provoking, stirring and unsettling an audience.”

Freedom of expression is a subject Das has spoken on frequently and with great fervour. She is aware of the responsibility that comes with such freedom, which she puts eloquently, saying, “The freedom to make [cinema] without constraints and censorship and to have the opportunity to reach out to audiences directly is a welcome relief for filmmakers. But what we do with that freedom will depend on what role we want our films to play in society.” For Das, cinema is a cultural tool that humanises and personalizes emotions, grievances and the fears of those who may not have ways to be heard. She asserts, “Stories have the power to move us. Or one can simply use it to sensationalise and get higher ratings. I think both will happen and that is fine. Freedom makes us more discerning and only the good [films], will stand the test of time.”

A man of remedies and letters, upholder of rational values and cultural prime mover, Dr Rajaram Amrut Bhalerao (1933-2020) passed away on Friday, February 21. He was 87. An esteemed figure in the world of medicine, Dr Bhalerao had a long association with the King Edward Memorial (KEM) Hospital and the P.D. Hinduja Hospital in […]