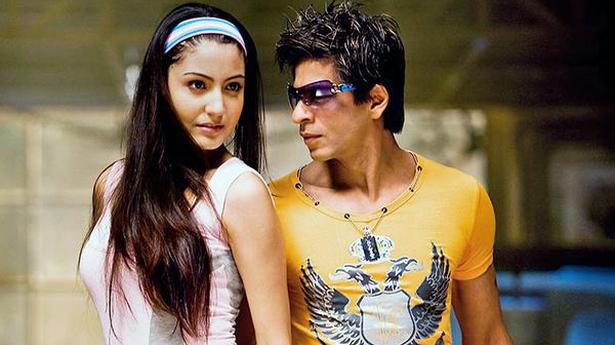 Over the last decade, it’s become cool to disown things – art, specifically – that we loved as youngsters. Some of it is understandable. For instance, I can’t for the life of me admit that J.P. Dutta’s Border was a definitive film of my childhood. Or even David Dhawan’s sappy non-comedy, Swarg. But perhaps a lot of this retrospective rage is reactive: The newer generation of moviegoers has established its pragmatic outlook as an antidote to counter the fetishisation of nostalgia by older generations. In our pursuit to embody the progression of evolution, we turn “the good ol’ days” sighs into “good old days?” sniggers. This is evident even across the content today – legacy production houses keep repackaging their classics in the tone of playful parody instead of heartfelt homage.

Ironically, this is precisely why I have both developed a deep fondness for Aditya Chopra’s Rab Ne Bana Di Jodi and resisted the pressure to boycott my ownership of this affection. Unlike most Hindi movies that succumb to the whims of social currency, RNBDJ is an innate critique of time.

The easy explanation is that this film dispels the age-old notion of love being an extroverted emotion. It celebrates the introverts who have nothing but cinema as a yardstick to express the physicality of romance. Surinder Sahni is the manifestation of the Indian everyman who believes that love is a story. Hence, he creates an alter-ego that not only helps him fulfil his fantasy of emulating his favourite heroes but also services his urge to manufacture the story he thinks they deserve. Granted, his idea of winning over his young wife Taani is twisted – she is vulnerable, and therefore cannot recognize his alter-ego for the same reason one can’t tell fiction from reality when caught in the throes of grief. But he is simply reproducing the essence of the proverbial love triangle. Taani rejecting Raj in the end is a rare reminder that commercial cinema, whether we create it or experience it, is only a compensatory reaction to life. (My analogy: She chooses the permanence of the writer over the temporariness of his writing). Here I was then, an impressionable Bollywood buff who grew up on a staple diet of Rajs and Rahuls, finally being told that I didn’t need to act like them to live up to my name. In fact, they were now acting like me – a reticent, regular Rahul – to achieve their ‘happily ever after’.

But there is a sounder explanation. The truth is that Rab Ne Bana Di Jodi, otherwise an average romcom with a decent soundtrack, acquires a meta layer of self-awareness because of its makers. It’s not the how but the who that elevates our perception of the plot. It’s not just Shah Rukh Khan defying his own romantic legacy by playing a middle-aged man in an arranged marriage competing against his inner Shah Rukh Khan.

Here’s a filmmaker who shows up his younger self by making a mainstream movie about how mainstream movies are merely wish-fulfilment fantasies. Rab ne is his way of admitting that he has grown out of the Borders and Swargs of his past. It is personal growth under the guise of cultural duality. Raj is his Dilwale Dulhania Le Jayenge and Mohabbatein and all the post-liberalisation Yashraj heroes whose charisma is an inbuilt medicine to cure ordinariness. Raj is everything that ‘Taani partner’ – and he – has grown up watching on big screens and bigger sets. Raj, the stylish winner of the tradition-v/s-modernity conflict in his first two films, is an angry generational statement that signifies a young director’s response to India’s obsession with history and heritage. Raj is the noise of love.

But Suri is the silence of companionship. He is Bollywood realising that somewhere between the heroic young and villainous old, there exists a breed of traditional conformists whose preordained middleness prevents them from identifying their own heroism. He is Mohabbatein’s Jimmy Sheirgill, an old soul trying to offset tragedy with a young heart. He is DDLJ’s Chaudhary Baldev Singh briefly serenading his long-time wife with an impromptu rendition of ‘Aye Meri Zohra Jabeen’ in the middle of a lively wedding anthem. Suri, like Ajay Devgn’s Vanraj from Hum Dil De Chuke Sanam, is a third wheel so conditioned by the invasive status bestowed upon him by cinema that he sets about locating a more sociable personality to hide his own imposter syndrome.

Most of all, Suri is Aditya Chopra, a notoriously reclusive director reclaiming the humanity of his own narrative. Suri, the frumpy winner of the tradition-v/s-modernity conflict, is a mellow generational confession that signifies an honest director’s response to India’s divide between heritage and merit. Suri is both a snigger and a sigh.

‘I was floored by Thala’s personality,’ says Vidya Balan about her co-star Ajith Kumar

Vidya Balan isn’t a fan of remakes. She, in fact, despises the remake culture, for she believes that it’s a convenient way of making money — arguably the reason why she stayed away from doing remakes — unless there’s an exception like Pink, remade in Tamil as Nerkonda Paarvai, directed by H Vinoth. When producer […]

Andrew Dunbar, who served as the stand-in for actor Alfie Allen in Game of Thrones, has passed away. He was in his 30s. Dunbar, also an extra on the hit HBO series, died suddenly at his home in Belfast, Ireland on Christmas Eve, reported The Wrap. The cause of death has not been revealed. Allen, […]