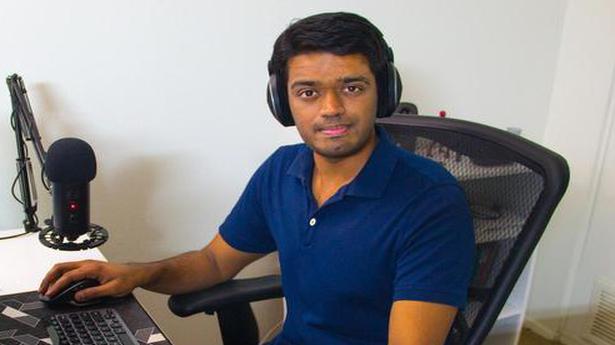 A Tamil movie releases. You watch it on the first day — most likely, the first show. To upload on your YouTube channel, you record a video, wherein you talk about the movie: Whether it was good or bad, what worked, what didn’t, with cursory mentions of its music, cinematography, editing, and, sometimes, your notion of how the audience would perceive it and how much money it would make. There are numerous channels that do this, mostly to help the average moviegoer decide which film to watch over the weekend.

Serving a purpose different from the aforementioned one, almost as an alternative movement to the reviewers, a few YouTube channels and social media pages exist to analyse and appreciate movies. They pick a movie, or sometimes, just a part of it — sometimes, even a frame — and discuss its making and aesthetics. Here are three YouTube channels and one Twitter page that do this.

Kishor Lakshminarayanan was a 30-month-old toddler when he watched Mani Ratnam’s Thalapathy in a theatre, which he can’t recall, in Chennai, when it released in 1991. But its red-hued visuals are vivid in his memory. No other film of that time, he says, looked like that. So, when Kishor, a quarter century later and about 8,500 miles away from Chennai, at the University of Wisconsin, wanted to start a Youtube channel that appreciated Tamil cinema, he went back to his first movie.

But why did he, then a postdoctoral researcher, want to start a Youtube channel on Tamil cinema?

Tamil cinema has been an integral part of Kishor’s life. Growing up in Cuddalore, he caught almost all the movies on the day of its release. “The ticket cost just 10 bucks for a long time and the theatre wasn’t far,” he says.

At Wisconsin he witnessed a slew of reviewers on Youtube bashing Tamil cinema. “They all appreciated Korean movies, Ingmar Bergman and that kind of stuff. There was a lot of discontent about Tamil movies, about its quality being low. But there are so many good movies in Tamil. So, I thought we should also appreciate our own movies.”

Thus began Moving Images. In it, Kishor, now a Research Fellow in a major American academic medical centre, makes video essays based on the themes he picks from movies. His most recent one, for example, attempts to study the characters in the movies of director K Balachander.

Surendran, of Pollachi, had a lot to like in Ram’s Kattradhu Thamizh, a dark tale of a young Tamil postgraduate’s struggle with social inequalities. But his friends made fun of him for liking a “psycho story”. He felt there were many aspects that he saw in the film, which his friends missed. He wanted to share, not only with his friends but to a larger audience, his perspective of the movies he watches. He felt reviewers, too, didn’t discuss the movie in-depth. Hence, he started Abiman Tube with a video essay on Kamal Haasan’s epic political drama Hey Ram.

What’s with the name, Abiman Tube, though?

“Oh, that,” he laughs sheepishly, “I didn’t want to name the channel after me. And, I couldn’t decide on a name. I had watched Thani Oruvan then. The antagonist of the movie is named Siddharth Abhimanyu. Hence, Abiman Tube.”

And, as Moving Images is for Kishor, Abiman Tube for Surendran is a passion project. He has no ambitions of getting into films. “I like it, so, I do it,” he says.

Abdul scrimped and scraped and saved Rs 50,000 to make a short film. In two days, he lost 40,000 of it and his team disbanded. An acquaintance, then, advised him to watch world cinema. So, he went to Burma Bazaar in Chennai, got scores of world cinema DVDs and watched them. These movies were a revelation for Abdul. “I realised I could have made not one but five short films with Rs 50,000.” So, with the 10,000 he had, he made a short film, Addiction, based on porn addiction. “I thought everyone would give it a miss, hence, I released it under the banner ‘Missed Movies.’”

Addiction’s reception exceeded Abdul’s expectation. But he wanted to do more with Missed Movies. He was, by now, watching at least one cinema every day. The knowledge he gathered and the perspective he gained from watching cinema, he wanted to share. So, he began using Missed Cinema as a platform to discuss all things related to cinema.

Through Missed Movies, he wants to build a community of independent filmmakers to screen, discuss and crowdfund movies.

Joshua is a corporate marketer. Mathubalan and Tanesh run a video production house. These three from Malaysia are united by a common love: Tamil cinema. To watch a good movie, they will go to any length. This, they recently demonstrated when they drove from their country to Singapore — over five hours and 400 kilometers — to catch Thiagarajan Kumararaja’s Super Deluxe as it didn’t release in Malaysia.

The trio’s Twitter page, Visual Narratives, discusses, comments and reviews Tamil films. “We felt the need to talk about films and discuss it in a manner that it will help future filmmakers, and audience to pay attention to certain cinematic efforts that had been taken to improve the film,” they say when asked the reason for starting the page.

“Most good movies tend to have some level of impact once you’re done watching it – but certain films tend to remind you of itself very frequently,” they say. On such movies, they wish to dwell upon.

Of Visual Narratives’ future, the trio says, “We would want to establish ourselves as unbiased commentators on Tamil movies – and then eventually move on to video content. We are currently looking for investors and other YouTube channels to collaborate for this video content.”

Who is Rami Malek? Know the actor who played Freddie Mercury to Oscar glory

A first generation American of Egyptian descent playing another immigrant walked away with the Best Actor prize at the 91st Academy Awards last Sunday. Rami Malek, 37, won his first Oscar for his depiction of flamboyant singer Freddie Mercury, born Farrokh Bulsara, who fronted British rock band Queen, in Bohemian Rhapsody. It is also the […]

Music composer Anirudh Ravichander and Malayalam superstar Mohanlal released the teaser of Amala Paul’s next film Adho Andha Paravai Pola on Wednesday. Billed as an adventure-thriller, the plot is about a a young lady who takes on a wild forest and even wilder humans, and how she escapes against all odds while encountering interesting, sometimes […]