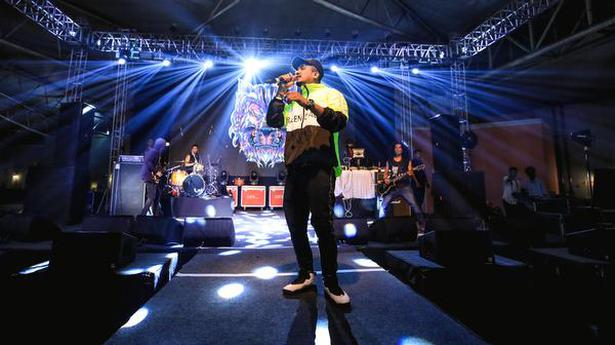 Two months ago, this column talked of how non-film Indian artistes have been flooding the market with singles, which are accessible either on YouTube or online streaming platforms. Others released an EP with four to five songs. So far, only few artistes have released full-length albums, excepting genres such as classical, ghazals and fusion. For popular non-film music, many believed that singles were the main route to success.

Yet, there are always exceptions to the trend. This month, two well-known artistes came out with albums. Rapper Divine released Kohinoor, and heavy online promotion by Universal Music and Nas’ New York-based Mass Appeal was accompanied by a huge launch concert at the Mahalaxmi Racecourse grounds in Mumbai.

Then, Bengaluru-based indie-rock band Parvaaz came out with their latest album Kun, and the initial response has been favourable. A couple of months ago, the Shubhangi Joshi Collective released the fresh-sounding English alternative album Babelfish, and supported the launch with gigs across the country. Hindi-Kashmiri rapper Ahmer put out Little Kid, Big Dreams. This week, singer Anurag Mishra is releasing Project SWA. Kashmiri singer Aabha Hanjura has also come out with two singles as part of an upcoming full-length album.

There have been independent EPs too, like Hanita Bhambri’s English collection Nothing For Our Own and the Sharma and the Besharams folk-fusion set BeDesi. So basically, what we are getting is a mix of singles and albums, with an obvious emphasis on the former. This is vastly different from the West, where big artistes are still focusing on releasing full-length albums, and upcoming acts take a dig at singles. This year, there have been several albums released by artistes such as by Santana, Madonna, Bruce Springsteen, Taylor Swift, Tool, Ed Sheeran, Beyoncé (as producer), Robbie Robertson, Opeth, The Darkness, Third Eye Blind, DJ Snake, Machine Gun Kelly, Post Malone and a host of others, with some of them over 60 minutes long and Tool extending it to 87 minutes.

All these formats have their pros and cons. While singles, backed by a good video, can lead to instant exposure and are lighter on the pocket. But the Indian market has too much clutter, and songs are forgotten fast. Albums build up an artiste’s catalogue and fan base in the long term, but are time-consuming and expensive. EPs may sound like a good middle route, but a good collection always makes listeners want more, and an unsuccessful one may mean the end of the road.

At the moment, both the industry and artistes are not sure which is the best path. From an album viewpoint, a lot depends on Divine’s Kohinoor. There’s a lot of initial buzz but that’s more industry-created. Ultimately, listeners will decide its fate and the next two months are crucial.

K. Parthasaarathy, mridangam and nattuvaangam artiste and composer of dance programmes, hails from the great lineage of hereditary musicians of the famed Pandanallur dance and Semmbanarkoil Nagaswaram vidwan families. He started learning mridangam under Vidwan Late Kuttalam R. Viswanatha Iyer from the age of four and is currently learning under mridangam maestro Guruvayur Dorai. A […]

Emmy winner Adam Schlesinger, best known as the co-founder of the 2000s pop-rock band Fountains of Wayne, has succumbed to coronavirus complications. He was 52. The composer was admitted to hospital after testing positive for COVID-19 infection and was on ventilator. Schlesinger passed away on Wednesday morning, The Hollywood Reporter has confirmed with Schlesinger’s lawyer. […]

Quentin Tarantino’s latest film, the marvellously mellow Once Upon a Time in Hollywood, is rather different from his other eight films. After binge watching Tarantino’s films from Reservoir Dogs (1992) to The Hateful Eight (2015) with delicious stops in between for Jackie Brown (1997) and Inglourious Basterds (2009) (not in order, because that would not […]