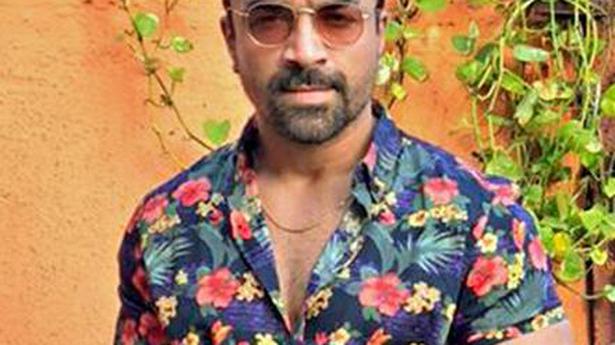 The Vashi police have booked actor and former Bigg Boss contestant Ajaz Khan and his bodyguards for allegedly assaulting two people at a fashion show.

Senior police inspector Anil Deshmukh said that Mr. Khan was the show-stopper for a designer at India Design Week held on April 29 and 30 at the CIDCO Exhibition Centre in Vashi.

An officer from the Vashi police station said, “Mr. Khan was asked to arrive at the venue at 9 p.m., but showed up at 7.30 p.m. When he was made to sit with the audience in the front row, Mr. Khan and his bodyguards picked a fight with the organisers. They wanted to know they were not given a special room.”

The officer said that Mr. Khan started arguing with Sam Abdul Shikur Khan, the director of the show, and Deepshika Chaudhary, an event manager from Kharghar. The accused also beat up Pankajkumar Rajendrakumar, a model, who tried to stop the fight.

Police inspector Sanjeev Dhumal said, “Mr. Khan and his bodyguards left after the scuffle. Ms. Chaudhary then approached the Vashi police and filed a complaint against the accused. We have registered an FIR and are on the lookout for the accused. We will arrest them soon.”

The accused have been booked for rioting and assaulting. In October 2018, the Anti Narcotics Cell of the Navi Mumbai police arrested Mr. Khan for being in possession of eight ecstasy pills worth ₹2.20 lakh.

Popular television show ‘Man Vs Wild’, will soon feature Prime Minister Narendra Modi. The host Bear Grylls said: “It is such a privilege to be taking Prime Minister Modi on an adventure into the Indian wilderness and I feel truly honoured to get to spend time with this remarkable world leader. The wild reminds us […]

On March 31, 1999, when Neo took the red pill, the world was able to free their minds. That the said freeing of the mind took place in bullet time set to music by The Prodigy, Rage Against the Machine and Massive Attack was an added bonus. As we celebrate 20 years of The Matrix […]

The 2011 movie, about the spread of a highly contagious and deadly virus, has come back in public consciousness as the world grapples with the coronavirus Source Related