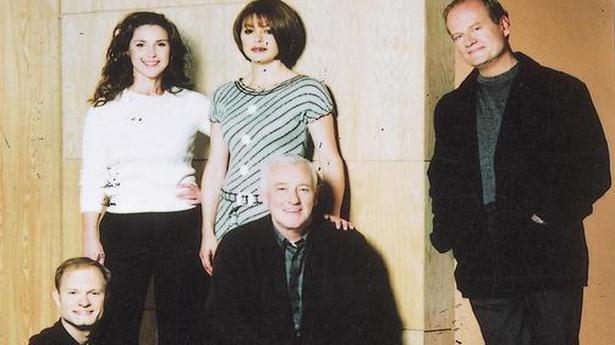 One of the most popular sitcoms of ‘90s, Frasier is getting a reboot, star of the original series, Kelsey Grammer has confirmed. During a sit-down interview on In Depth with Graham Bensinger, Grammer, who played the titular character of psychiatrist Dr Frasier Crane on the NBC show, said the makers are planning a 2020 premiere for the reboot.

“We’ve got it hatched. We’ve hatched the plan, what we think is the right way to go. We’re sort of on standby a little bit. Working out a couple of possible network deals that we’re circling.”

“Frasier is sort of in a second position to that at this point. So there’s still stuff going on. But a revisit to Frasier, Frasier’s world is I think definitely going to come,” the 64-year-old actor said.

The reboot will be based in a new city and will touch on Frasier’s ongoing desire to find love.

When Bensinger asked the actor about the premiere date of the new show, the actor said, “It’s ready to go. We just gotta sort of staff it and find somebody that wants to give us money for it.”

The richness of Islamic theatre

A classroom debate moderated by this writer last week, with students of drama, brought to the fore misapprehensions regarding what one might term ‘Islamic theatre’ in India. The phrasing itself was called out as parochial in its scope, or too strongly affiliated with religious identity, and some even questioned the need for such a classification […]