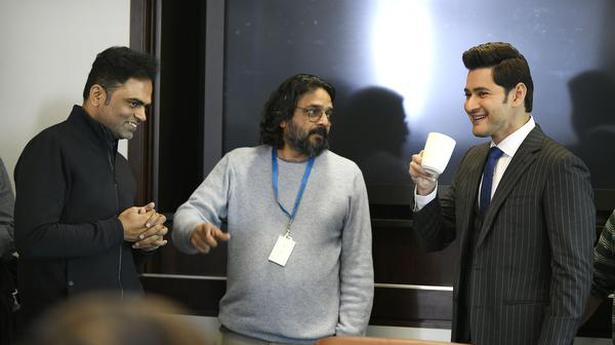 K U Mohanan, the accomplished cinematographer who impressed the audience with his work in Hindi films Andhadhun and Lust Stories, and the Malayalam film Carbon, is making his Telugu debut with Maharshi.

Sharing his thoughts on the Telugu film which releases on May 9, Mohanan says, “This project came to me out of the blue. I really liked working in the Telugu film industry, there’s a nice working culture. I have never shot for a film for such a long period. Maharshi is a big film and we shot in different countries, and yes, I lost out on many other films since I had to spend four more months shooting this. The film began in June 2018 and we completed it in April 2019.”

Ask him if he is being compensated for the prolonged shooting and Mohanan is positive that they will, but feels that the industry would do better if there is a little more planning, to avoid wastage of time and money. He explains, “In Bollywood there is a contract; if you overshoot the time, you can ask to be compensated. Here in Telugu, they do keep their word though there is no contract. The Hindi film industry plans ahead, everything is on paper and we follow a model that’s similar to Hollywood. Everyone in the unit is aware of the sequence of events, schedules are planned and it is much more professional.”

Reverting to talk about the film, Mohanan states that Maharshi is not a regular commercial film; it has a socially relevant storyline and is made on a large scale. Though the core idea is contemporary, he feels the commercial ingredients are necessary to make the film reach a larger audience and make profit.

“Before coming here, I was prejudiced. I thought it must be a routine film with a bunch of dances and fights but I reiterate that Maharshi is going to be an interesting film. People will talk about the movie. We didn’t go to film in the USA without reason; a part of the story takes place there. When this idea was pitched to me by director Vamshi Paidipally, I was really impressed,” says Mohanan adding a special mention of Telugu hospitality. When actors and technicians come to work in Telugu cinema from neighbouring industries, they are usually bowled over by the warmth and respect they receive here. Mohanan is no exception. He is overwhelmed by the affection shown by director Vamsi, the cast and the crew. He says, “Vamsi is such an emotional person and is very expressive. Mahesh Babu is down to earth and a thorough professional; he is so good. Allari Naresh is shy and quiet. He’s a superb actor and has a great role in this film.”

Is Mohanan’s approach different when he works for a commercial cinema like Maharshi? “I study cinema in a serious way. I work for both mainstream commercial films and niche ones (such as Andhadhun and Carbon); I don’t go for an overtly glossy look for a mainstream film. I bring in certain aesthetics; this is how I worked for Don (the 2006 Shah Rukh Khan starrer). I have given Maharshi a very real look. I was told that the Telugu audience, especially in the interiors, expect a colourful song from a Mahesh Babu film, so we did something in a different way. Before Maharshi, my longest schedule was for Don but we completed shooting in six months. When I start something, I finish it. I don’t leave it mid way,” he asserts.

The cinematographer studies the nuances of good cinema, and watches international films whenever he finds time. In his formative years, he would attend film festivals; he still looks for something interesting. All this, according to him, enhances a technician’s knowledge, sensibility and helps to make commercial cinema appealing.

Mohanan has also seen how things work in Malayalam cinema. His work for Carbon, by cinematographer-turned-director Venu, fetched him a Kerala state award. He remembers shooting in a forest where there was heavy downpour all the time. He says about the Kerala industry, “People have no problems with anything dark, it is realistic. In Telugu cinema, you can only suggest night; you can’t afford to make an actor look dark all the time.”

Mohanan is known to be amiable, approachable, and prefers working quietly on the sets. He is averse to using loudspeakers to coordinate with his team while shooting and uses a walkie talkie.

While not shooting, Mohanan spends time with his family and goes on long drives. He concludes, “I drive out of Mumbai, even 5000 to 6000 kilometres,” he signs off.

Give in to the rhythm

On Saturday evening, before screening the Telugu version of his new film Sarvam Thaala Mayam to a select audience, cinematographer-turned-director Rajiv Menon tells us, “Some films survive long in theatres, and some stay longer in people’s minds.” He couldn’t have worded it better. His previous film Kandukondain Kandukondain (Priyuralu Pilichindi in Telugu) was in 2000. […]

Bihar Museum and its architecture dominate this Chennai exhibition

The illustrious halls of IIT Madras Research Park will see a different kind of event this week — an architectural narrative that weaves aspects of association and governance into the built form. Hosted by the Chennai Architecture Foundation, the display is titled Synergies: Exhibition — The Bihar Museum, Narratives of _Opolis, and showcases the design […]

The first look of actor Aidan Turner as Italian artist Leonardo da Vinci in the TV series Leonardo, has been released. According to The Hollywood Reporter, the show about the Mona Lisa artist is produced by Lux Vide with RAI Fiction and Big Light Productions, in association with France Télévisions and RTVE. It will be […]