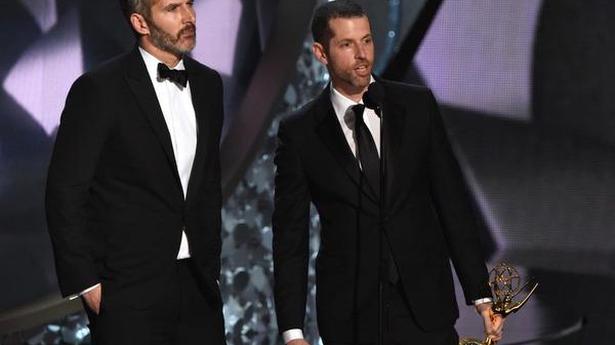 The creators of Game of Thrones have pulled out of making a Star Wars trilogy because the pair want to focus on their Netflix work, dealing a blow to Disney.

David Benioff and D.B. Weiss said they were “regretfully stepping away” from the upcoming trio of movies in the blockbuster space saga, the first of which was originally scheduled for release in 2022.

“There are only so many hours in the day, and we felt we could not do justice to both Star Wars and our Netflix projects,” they said in a statement sent to U.S. media.

The duo were due to write and produce the trilogy, which was to be distinct from the adventures of Luke Skywalker and his family that drove the first three trilogies.

The ninth installment of the Star Wars saga — The Rise of Skywalker directed by J.J. Abrams — is due out in mid-December.

Another series of Star Wars movies is also being put together by Rian Johnson, who directed The Last Jedi in 2017.

And in September, Disney announced that Marvel Studios head Kevin Feige would make a Star Wars movie for Lucasfilm, the subsidiary of Disney that owns the sci-fi franchise.

Benioff and Weiss signed a reported $250 million, five-year deal with Netflix in August, 18 months after they agreed to produce the Star Wars trilogy for Disney.

The Netflix deal came as the streaming giant spends huge amounts of money to fend off competition from other on-demand services, including the soon-to-be-launched Disney+.

The Star Wars franchise has been a massive moneymaker for Disney since it acquired Lucasfilm in 2012. The four films released since then raked in almost $5 billion in global box office sales.

Following the relative failure of the stand-alone film Solo in 2018, Walt Disney CEO Bob Iger announced he wanted to slow down the pace at which Star Wars films are released.

The Huddle 2020 | We could reach 190 countries and millions of subscribers, says Manisha Koirala

For Manisha Koirala, an actor who ruled Bollywood in the 1990s, getting back to the showbiz after a sabbatical, specially on an OTT (over-the-top media service) platform like Netflix, was all about reinventing herself. “I studied what was working in the market, what the young generation was liking, the new directors to work with… It […]

Musicians around the world are going live, online

This one has pulled out all the stops, and we are more than a little starstruck by the scale of it. Their ‘Together At Home’ Instagram live series has already pulled in the likes of Pop’s blue-eyed duo Camilla Cabello and Shawn Mendes (performing together), Irish singing-songwriting hearththrob Hozier, and US-based rapper Common performing live […]