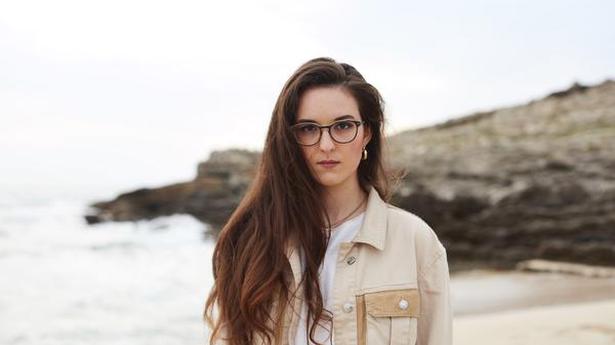 On October 21, a select gathering attended a performance by Swiss soul-pop singer Veronica Fusaro at G5A, Mahalakshmi. The show was organised by Mumbai-based 9122 Records in association with the Consulate General of Switzerland, it was held to promote her new EP Sunkissed.

The 22-year-old singer-songwriter, who later did a gig in Bengaluru, rendered her new songs ‘Lie To Me’, ‘Hello Old Friend’ and ‘Rollercoaster’, besides the 2017 hit ‘Better If I Go’. The EP was released internationally by Deepdive Records on October 4, and 9122 Records is marketing and distributing it in India. It is currently available on all online streaming platforms.

Hailing from Thun, Switzerland, Fusaro grew up on Michael Jackson, Mariah Carey, Rihanna and Taylor Swift. “I didn’t hear much Swiss music but I loved Mani Matter, one of the old-time favourites,” she says. After learning a bit of the African percussion instrument djembe, she took to the guitar. “I started writing songs, mainly about love and teenage emotions,” she says while elaborating on her now full-time career. Sunkissed is Fusaro’s third EP, after Lost In Thought and Ice Cold. She’s been performing in various cities across the world, even opening for Mark Knopfler once. A string of shows has been lined up in Switzerland this winter.

Fusaro’s India tour happened after she was approached by Sunil D’Sa of 9122 Records, floated to promote independent international artistes in India. Besides the gigs, Fusaro’s tour included hectic rounds of media activity. D’Sa is an experienced hand, having headed the international music division of Universal Music India for 25 years. He set up 9122 Records in March 2019, and his breakthrough came when popular artiste DJ Snake did a four-city India tour as part of the Sunburn Arena festival.

For its part, 9122 Records promoted his compilation released by Premiere Classe Records. Soon, D’Sa worked on marketing the music of English-Irish songwriter Tara McDonald, who released the single ‘Money Maker’ with reggaeton duo Zion and Lennox.

After Fusaro, who is planning a bigger tour next year, 9122 Records is looking at New Zealand alternative pop group, The Response and French electronica duo Trinix. “I keep listening to a lot of new indie music and figure out what will suit Indian tastes. I also prefer artistes who are good live performers, and am looking at collaborations with Indian acts,” says D’Sa. Comparing his current job with his role in an industry giant, D’Sa says the process is the same. “Ultimately, artistes need solid marketing and promotion in new regions. [For] a label, many people work on a particular release. Here though I have a small team, one has to think of everything alone,” he says.

There was a time when white chiffons and eerie music could whip up the mood, and the paranormal mayhem where evil forces are on the prowl. But in the post-Conjuring era, you need to reinvent the genre in every possible way to deliver a first-rate horror thriller, something that is capable of slowly pulling you […]

In praise of Stravinsky’s stylistic diversity

There’s something about Russian composer Igor Stravinsky’s music that makes you sit upright in a concert hall, concentrating on every note played by the orchestra and experiencing the gooseflesh in quick bursts. It may be because of the sheer melody, or because he was adventurous and innovative in his approach. First among equals Fortunately, it […]

Veteran theatre and film actor and writer Shaukat Kaifi is no more. According to a family source she was in her 90s and ailing for a long while and passed away in the evening at her Juhu home in the arms of her daughter, actor Shabana Azmi. Shaukat Aapa, as she was lovingly called, alongwith her husband, Urdu poet and film […]