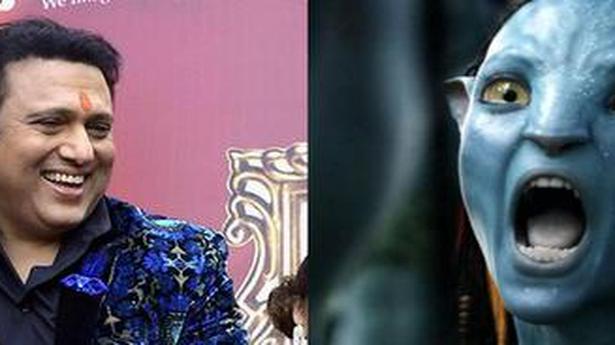 Bollywood star Govinda has just dropped the mother of all revelations: he has claimed that he was offered the lead actor’s role in James Cameron’s 2009 sci-fi epic Avatar. No, he wasn’t joking.

But that’s not the best part: Govinda actually went on to reject the Hollywood director as he felt making the film would take close to seven years, and he wasn’t comfortable with his body being painted for a schedule for 410 days.

On an episode of the TV show Aap Ki Adalat that was aired recently, Govinda recalled several Bollywood movies he had rejected, which is when he mentioned Avatar. “I even gave him (Cameron) the title of the film, and it turned out to be a super hit. But I told Cameron that it would easily take 7-8 years to complete the film, and that really frustrated him. He asked me how I was so sure that Avatar couldn’t be made sooner. I replied saying that his vision sounded impossible, and just like I predicted, the movie came out 7 years later and was a huge success.”

He added, “I told Cameron that this wasn’t my cup of tea as I didn’t want my body to be painted blue all over for such a demanding schedule.”

The news, of course, has inspired some hilarious memes on Twitter with netizens finding Govinda’s comments highly amusing and a number of photoshopped images with the actor as the Na’vi of Pandora have been doing the rounds.

Director of other films such as Titanic and The Terminator, James Cameron is currently busy with his sequel Avatar 2. Avatar meanwhile lost its place as the highest-grossing film of all time earlier this month to Marvel’s Avengers: EndGame.

While social distancing due to COVID-19, the most ubiquitous advice given is to binge-watch — how to immerse yourself mindlessly in cliff hangers, until the pandemic is behind us. Often stuck in an endless loop of episodes on our computer and television screens, we are simultaneously texting or scrolling through social media, only to peek […]

Yuvan Shankar Raja and Selvaraghavan open up about their partnership, NGK, Thulluvadho Ilamai

On the 17th anniversary of Thulluvadho Ilamai, Srinivasa Ramanujam and Srivatsan S caught up with the famous director-composer duo to find out about the dynamics of their collaboration, what makes them tick individually, and more about their upcoming Suriya-starrer release, NGK. Source Related

With 36% of its entire slate of films directed by women, it’s no surprise to find TIFF showcasing works of three women filmmakers in its pick of four Indian films — Geetu Mohandas’ Moothon, Shonali Bose’s The Sky Is Pink and Gitanjali Rao’s Bombay Rose. Ms. Bose’s film is based on the real story of […]