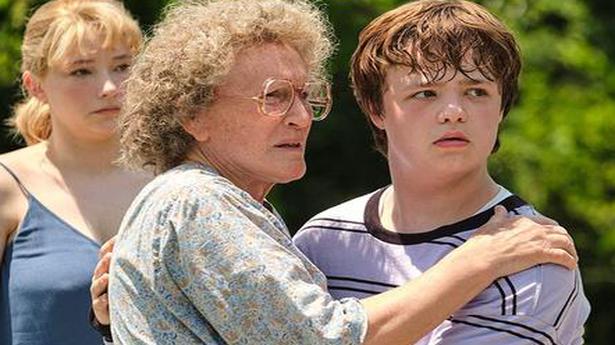 By deciding to do away with the politics, director Ron Howard has created a bland and rootless movie

Talking of the reason for excising the politics out of his latest film, Hillbilly Elegy, based on J.D. Vance’s eponymous 2016 memoir, director Ron Howard has said the movie should not be looked at through the political lens. And instead of looking at the story of the Vances as particular to Ohio or Kentucky, Howard says it should be looked at as a universal family story.

Vance’s memoir, a New York Times bestseller, with its controversial readings of the reason for the Appalachian region swing to vote Republican has been called provocative and many other things. By deciding to do away with the politics, Howard has created a bland, rootless movie.

That Hillbilly Elegy is so obviously Oscar bait is even more depressing. We know JD made it in the beginning of the movie itself, when he goes for a dinner interview for an internship with horrible, rich people. He panic calls his girlfriend, Usha, to ask her about forks and just as he figures out the cutlery, he gets a call from his sister, Lindsay, saying his mum is in hospital for a heroin overdose. The movie goes back to JD’s growing up years, as his mother, Bev, a nurse, moved from one failed relationship to another, dragging JD and his sister through a succession of homes, all the while struggling with addiction.

It is JD’s grandmother, Mamaw, who pushes him to study hard to get an out from his dead-end life in Ohio. The only thing that elevates this movie from its predictable, vanilla lines is the performances. Glenn Close as Mamaw is incandescent, whether it is saying “Hasta La Vista, Baby” along with the Terminator in Judgement Day, having watched it many times, or giving JD life lessons, she lights up the screen. Amy Adams as the tragically flawed Beverly is good in a showy sort of way. Freida Pinto as Usha is serene, while Gabriel Basso brings stolidity to his JD.

Glenn Close is the only reason to watch this predictable movie.

‘Mank’ movie review: A powerful chapter of a man who refused to budge

The Kozhikode-based artist is chasing a world record with what is, perhaps, the longest political cartoon strip known to Indians Source Related

Iconic independent acts, from EDM to folk and everything in between, make up this week’s Live Gigs. And there is a dose of creative comedy as well Source Related