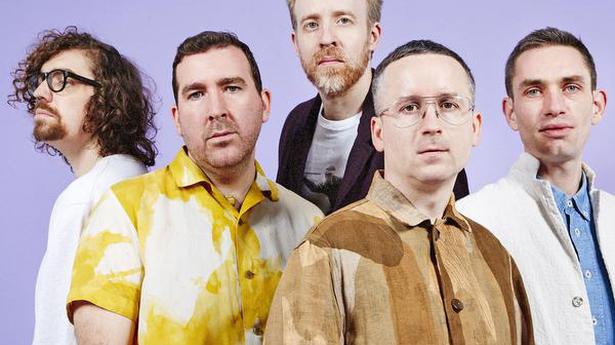 In the early 2000s, British band Hot Chip arrived on the scene with its infectious brand of synth-pop. Over the next decade, it had hits like ‘Flutes’, ‘Ready For The Floor’ and ‘One Life Stand’, besides making waves with out-of-the-box videos.

With the group members, led by vocalists and multi-instrumentalists Alexis Taylor and Joe Goddard, working on solo projects and collaborations, Hot Chip was less prolific for a while. In June last year, the band returned with the album A Bath Full Of Ecstasy, where it has worked entirely with external producers in an attempt to create a new sound.

For synth-pop fans in India, the good news is that Hot Chip will be playing at the 13th edition of Sulafest, Nashik, this weekend. The event line-up will also include Mumbai duo Salim-Sulaiman, Delhi-based Hindi rock group The Local Train and Dutch-New Zealand genre-blending band My Baby. The Hindu spoke to Taylor on the upcoming show and new album. He says, “Though I have visited India, this is the first time Hot Chip will be playing here.”

The gig will feature seven musicians, most of who play multiple instruments. Using a football analogy, Taylor says, “There will be four up front and three for the back formation, though Rob (Smoughton) will sometimes come forward from defence to shoot penalties.” The set will comprise a mix of older hits and songs from the new album. Taylor points out, “We often modify the songs from the way they were recorded in the studio. Sometimes the original versions sound flat when played live.”

From the new album, Hungry Child and Melody Of Love were released as singles. The former won the best independent video of the year at the AIM Independent Music Awards. “Our videos are responses to the music, and we let the directors interpret them. For songwriting, Joe and I work on the basic melody and structure, and then everyone pitches in with ideas,” Taylor explains.

When asked how Hot Chip has adapted to constant changes in dance music over the years, Taylor says the group creates music based on what’s influencing them, right from different musical styles to relationships to politics. “I don’t think we consciously try and adapt to fit in the changes, but if we’re inspired by something new, it will have an impact on us,” he adds.

A Bath Full Of Ecstasy comes four years after the last Hot Chip record Why Make Sense. In the interim, the musicians collaborated with known acts like Katy Perry and LCD Soundsystem, besides working on solo projects. “For the new album, these experiences played a role. We wanted to push ourselves to make the best record, working with producers who hadn’t worked with us before,” says Taylor.

“It’s overwhelming to see people of Hyderabad telling me they still remember my portrayal of Satyabhama on stage. It fills me with joy to see young girls pursuing Kuchipudi here with passion,” Sumathy Kaushal had said while talking to us at her sister Vijaya Ramam’s Banjara Hills residence in 2017. She had come to the […]

Arivu, the rapper, is on a high. His latest track, ‘Sanda Seivom’, raked up over 11,000 Instagram TV views in six days. On YouTube, the song has been viewed over 53,000 times since its release on January 14. The song, which expresses solidarity with nationwide protests against the Citizenship Amendment Act (CAA), also evokes the […]