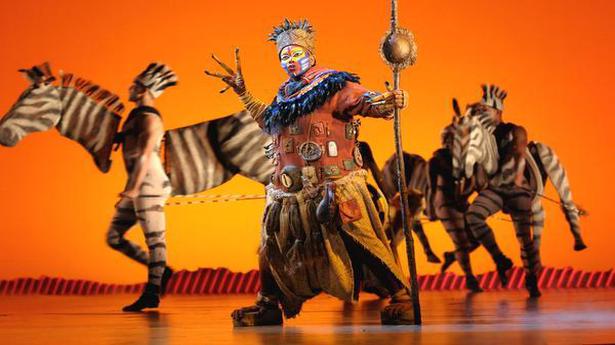 One has always accepted that successful plays will make their way to the big screen. Think for a moment and straight away, Chicago or Les Miserables or Mamma Mia come to mind. Musicals have the easiest recall value; older people will probably reminisce about Fiddler on the Roof or My Fair Lady or West Side Story.

Purists will say My Fair Lady was based on a film which was itself based on George Bernard Shaw’s play Pygmalion. They will also say that there is a world of plays being adapted to screen outside of the musical genre. From Twelve Angry Men (which also got made into a Hindi film called Ek Ruka Hua Faisla) to the Pulitzer Prize winning Doubt, from A Streetcar Named Desire, which made Marlon Brando a household name, to A Few Good Men (yes, based on a play by Aaron Sorkin), a production of which was playing in our theatres last month. The list is truly endless.

But these adaptations are not what this article is about. Quite the opposite actually. This is about screen to stage adaptations — a more recent phenomenon perhaps. That is if 1997 can be considered recent. I choose that particular year because I believe a major breakthrough was achieved then in terms of a play based on a film that found success as great as the film itself.

I’m referring to The Lion King, which paved the way for several other movies heading to the theatre. It isn’t like this conversion wasn’t happening successfully earlier. The very famous film All About Eve was adapted for the stage and became a superhit musical called Applause, starring Lauren Bacall. But after Mufasa and Simba regaled theatre audiences, it almost became the norm to get successful movies to the stage.

I remember I wept like a baby watching Julie Taymor’s stage version of The Lion King in London, but my personal favourite would have to be Billy Elliott. Firstly, because it didn’t seem like an obvious choice to me. A film set in the bleak Durham County in North East England, about a boy’s desire to do ballet, set against a coal miners’ strike. No singing hyenas, wildebeest stampedes, or Elton John here.

Secondly, the play was a musical but the film wasn’t, and had no songs in its soundtrack that I recalled, unlike, say, The Full Monty. But what I watched on stage blew me away. As did the soundtrack, the dancing, and the way protesting coal miners became an element of the music in a song, and how Billy’s inner voice suddenly had melody. The stage version opened in 2005 and is still running across the world.

I also watched Brief Encounter, a play based on the film by David Lean, which in turn was based on Noel Coward’s short play Still Life. The four-member cast also doubled up as musicians and ushers. And a meditative piece about infidelity became a rousing musical love story. Adaptations and versions can also really help open our mind, and expand our approach to text.

Closer home, Mumbai’s NCPA staged Mughal-e-Azam, quite a grand success. At the show I watched, lovers of the film were reciting the dialogues along with the actors on stage. I guess adapting a popular film helps, because it comes with an aware and already invested audience. But I must have missed that memo. I have made a few attempts to stage plays based on films, but success has somehow eluded me. My choices were either too obscure, or inaccessible, or in one case, plagued by copyright issues.

My luck, however, is not impacting world trends. It’s not just old movies that are getting new stage versions — I recently watched Singin’ in the Rain (watchable) — but new releases too are moving to Broadway and West End. Both The Greatest Showman and La La Land are in the works. I’m surprised we don’t have a Fast and Furious: Rage on Stage or Thanos: An Avengers Musical yet. But never say never.

The theatre producer and director is often broke. To cope, he writes and directs films and web series and occasionally acts, albeit reluctantly.

Security guard Richard Jewell is unwaveringly kind. Aspiring for a career in law enforcement, the 33-year-old overweight Atlanta native hands out free water to a pregnant woman and his colleagues at a concert; he’s always kind to his mother, hugging her as they enjoy a Kenny Rogers performance; keeps a man’s drawer stocked with Snickers […]

Jayanth Kaikini is the favourite of Kannadigas for more than one reason. An 86-minute documentary on this writer-poet-lyricist, Bogaseyalli Maley, was released last year. It is up on youtube now Source Related

The Hindu celebrates the talent of youngsters this Margazhi, in a web series. In the December Music Season, a young crop of artistes will get a chance to showcase their talent online. The Hindu brings you a month-long online series of recordings by these up-and-coming artistes. Upcoming Ghatam percussionist Samyuktha Sreeram and Violinist Rishabh Ranganathan, […]