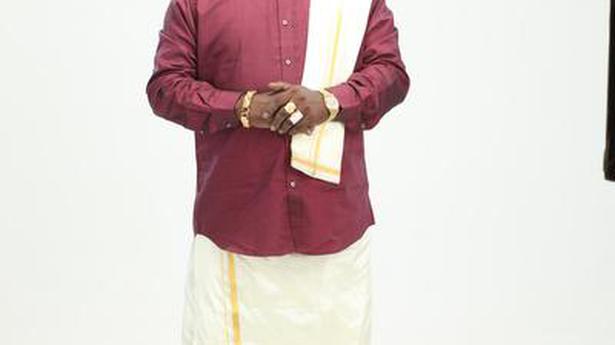 His is one of those voices that instantly make you smile. “Vanakkam,” says Imman Annachi in his inimitable style, and starts talking in his sing-song Tirunelveli Tamil. The 45-year-old, who’s a well-known face in the television industry, is all set to host Kalla Petti, an interactive show to be aired in Colours Tamil this month. “I will be travelling across Tamil Nadu for the show, starting with Tiruchi,” says Imman. His companion for the journey, is an ATM. “It will dispense cash for winners who answer questions I pose to them,” he explains. The first leg of the tour will cover Musiri, Srirangam, Manapparai and Samayapuram.

Targeted at women, the show will have Imman doing what he’s good at — meeting everyday people and getting them to talk and laugh. It will start off with 12 participants picked from an audience. Imman and his ATM will stop by at popular landmarks in the respective cities and even college premises.

“I will then pose questions related to cinema and the place we are at, to the women, for the correct answers of which they can win cash prizes that the ATM will dispense,” he says, adding that subsequent rounds of the game will also involve fun activities.

Imman is thrilled at the prospect of hosting the show, after all, it was one such show, Solluganne Sollunga, that won him fame, apart from Kutty Chutties, that had him strike up funny, nonsensical conversations with toddlers. “I enjoy being amid people,” he says. The man has done small roles in several films, some of which include Madras, Maryan, Neerparavai, Goli Soda, and Kayal. “I’m presently shooting for a handful of interesting films being helmed by newcomers,” he adds.

It has been a long journey in the industry for Imman, who hails from the port town of Thoothukudi, one which he terms “fulfilling”. He says, “I came to Madras in 1993 to make a living.” Although he had his heart set on cinema, it evaded him, and the man ended up selling vegetables he sourced from the Koyambedu market for 18 years. “I sold vegetables in and around Arumbakkam,” he recalls, adding with a laugh, “I live there even today.” But he’s a celebrity now, one whom random people often approach to ask, ‘Sollunganne, sollunga’.

Kalla Petti is being aired from September 30, 6 pm to 6.30 pm, Monday to Saturday, on Colours Tamil.

Violinist T.N. Krishnan is no more

His playing represented the pristine beauty of ragas Source Related