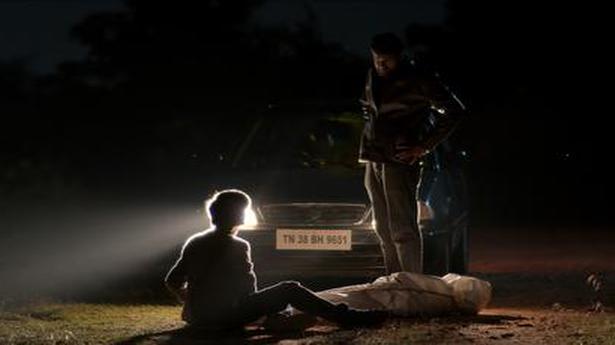 The indie feature, which marks the directorial debut of Kiran R, can be viewed virtually

The upcoming Tamil indie, Parallel Lines, will have its world premiere at the Mosaic International South Asian Film Festival (MISAFF), which will go on till December 12.

Written, directed and produced by Kiran R, who worked as an assistant to veteran filmmaker Mani Ratnam on Kaatru Veliyidai, Parallel Lines is said to be crime drama. Previously, Kiran has made several short films and the first poster for Parallel Lines was released by Madras Talkies, Mani Ratnam’s production house, in September.

Starring theatre actors Vatsan M Natarajan and Masanth Natarajan, the film is shot by Sundar Ram Krishnan and has the background score by Santhan Anebajagane. According to a press release, the film was produced with the help of crowd-funding and was shot in and around Coimbatore in under 25 days before the COVID-19 pandemic.

For details regarding the festival, visit: https://www.misaff.com.

The ‘tech-thriller’, as she calls the film, is directed by Mahesh Narayan, stars beside Darshana, Fahadh Faasil and Roshan Abraham in lead roles Source Related

Director Prasanth Varma’s genre-bending debut film Awe was strewn with cues from mythology to give the story an added depth. The mythology references continue in his second outing, Kalki. Unlike Awe, this is a more mainstream film, and the title Kalki is enough to allude to the Dashavataras. The story (the original idea credited to […]