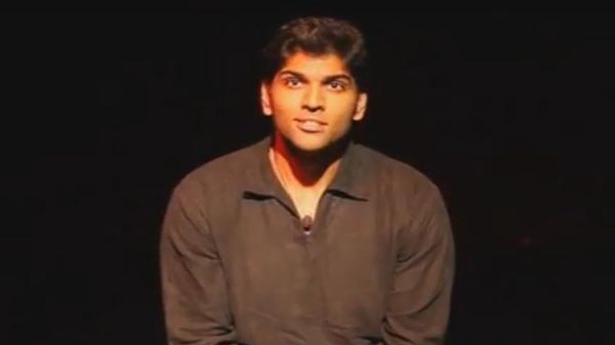 A 36-year-old Indian stand-up comedian in the UAE collapsed and died on stage in Dubai while performing in front of a packed audience, who thought it was part of his act, according to a media report.

Manjunath Naidu, 36, suffered a cardiac arrest while performing his routine on stage on July 19.

He complained of high level of anxiety, sat down on the bench next to him and collapsed onto the floor, with audience thinking that it must be a part of the show, Khaleej Times reported.

Naidu was born in Abu Dhabi but later shifted base to Dubai.

“He was the last act in the line-up. He went on stage and was making people laugh with his stories. He was talking about his father and family. And then he got into a story of how he suffers from anxiety. And a minute into the story he collapsed,” Miqdaad Dohadwala, his friend and fellow comedian, was quoted as saying in the report.

People thought it was part of the act. They took it as a joke as he was talking about anxiety and then collapsed, he said.

Mr. Dohadwala said that the paramedics could not revive him.

“His parents passed away and he has a brother but no relatives here. All in the arts and comedy circle are his family,” he added.

The bridges between Carnatic and Hindustani are growing steadily stronger

It cannot really be called the Great Divide between the Hindustani classical music world and the Carnatic music universe of listeners. It is not a matter of being divided as much as a question of having, so far, only a few bridges between the one and the other. Both music systems are massive, bountiful rivers […]

There are times when you wonder where some directors who made a promising debut disappear. Some don’t live up to the flair they exhibited. I kept wondering where K.S. Ashoka was since he made his sensational debut with ‘6-5=2’. An engineer turned director, another who did not want to be confined to a cubicle, Ashok’s […]

Amitabh Bachchan reveals how he got his surname

Bollywood megastar Amitabh Bachchan has shared anecdotes about his last name and said that ‘Bachchan’ was his father and legendary poet Harivansh Rai Bachchan’s poetic nom de plume. The 76-year-old cine icon took to his blog and discuss about the caste system prevalent in ancient India. “The caste system in the land has been prevalent […]