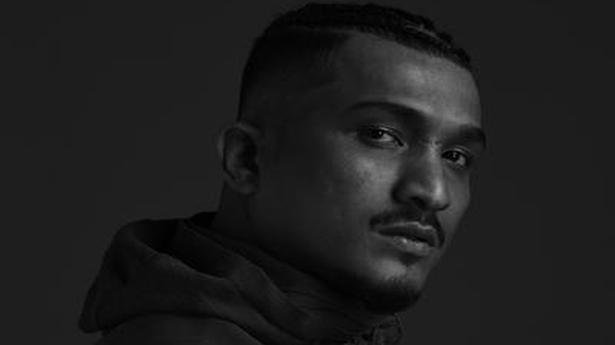 By March, the music festival season is usually wrapped up in India — mostly because no one wants to host open-air, all-day music performances in the sweltering heat and impending rains. This weekend, the music showcase series, BUDX, is poised to close out the season with a bang, at Mehboob Studios in Mumbai.

Electronic music producers and hip-hop gamechangers alike will be a part of the two-day showcase, which will also include panel discussions and masterclasses. The programme includes workshops on beat-making and production with New Delhi’s Sez On the Beat, who will also take the stage with hip-hop duo Seedhe Maut. There’s also discussions on DJing, equalising music spaces, self-care for creatives and the genesis of hip-hop in India.

The last one remains doubly important, because, if the lineup is anything to go by, festivals such as these have fully understood the potential of hip-hop artists. Rapper Divine — who’s prepping his latest album, Kohinoor — will close day two with his imprint, Gully Gang, which includes everyone from Shah Rule to emerging acts like hip-hop crew Aavrutti.

About his live set, Divine says, “We try and do something different for each show, and BUDX will be a special showcase. I would just say, wait and watch.” This will be an extension of his newly launched label, Gully Gang Entertainment. “I didn’t set out to have a company or a label, but sometime last year, I wanted to get more involved. Nothing would have been possible without the love and support of the fans, and their constant encouragement,” he says.

Sez, the man behind producing hits like ‘Mere Gully Mein’ and Seedhe Maut’s debut album Bayaan, says he’s looking forward to performing new material with the latter’s MCs, ABJ and Calm. It’s one of the first big stages they are taking over, but both artistes are confident.

ABJ says, “We’re trying to create the set around the new album while engaging with the audience. Listening to it live is really a different experience.” Sez adds that they will also be performing some unreleased material. “They’re all bangers. While the subjects are very personal to the duo, it’s also something that everyone can relate to. They make music for the youth, and it’s connecting.”

At its 2017 inaugural edition in New Delhi, BUDX focused mostly on electronic music, and that affiliation remains strong this time around as well. There’s their continued association with Boiler Room, one of the world’s most popular warehouse gig series. House and techno acts such as DJ Pierre, Matthew Dear and audio-visual duo Asymetrik will perform today, alongside Bengaluru producer _RHL and London drum and bass act Sub Focus.

A key set comes from Mumbai producer OX7GEN aka Aditya Ashok. Shifting his focus back to drum and bass after being part of progressive rock/metal band Skyharbor and touring the US and Europe, OX7GEN says he’s bringing a sharper set than ever before. He adds, “I’m also trying to be mindful about saying more with less. Focusing on solid musical ideas instead of mindlessly layering a song to make it sound full.”

Other must-see sets include New Delhi producer-singer Lifafa (on the back of his hypnotic new album Jaago), Pune’s rising techno producer Dotdat and the return of dubstep, hip-hop and grime group Foreign Beggars, who assure a rager of a performance.

‘My process is that I have no process’

“Everything just fell into place,” says actor Sonakshi Sinha about Abhishek Varman’s Kalank that ushers in what could potentially be a great year at the movies for the 31-year-old actor. Sinha has an untitled Shilpi Dasgupta film lined up for August and Mission Mangal and Dabangg 3 will follow later in the year. She recently […]

Pastel hues and mellow light waltz in stagnant frames. Flitting in the background and foreground of pinks, blues, yellows, and greens, humans, and non-humans make their presence felt. They stare back, as if behind the viewfinder. The prints on display, ambitiously narrate the Ramayana. In both analogue, and hand-painted photographs, Paris-based photographer, Vasantha Yoganathan condenses […]

One of the most potent feelings cinema can create is that of nostalgia. Gitanjali Rao’s Bombay Rose is awash with an unspoken yearning for what Mumbai once was and the Bombay that it can still be; the genteel heart behind the visible aggression. It all gets amalgamated in the persona of Shirley D’Souza, a dancer […]