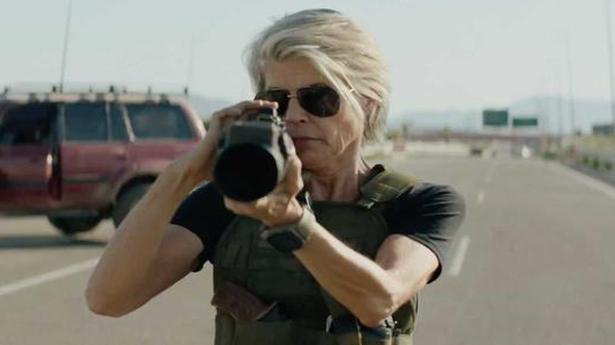 In the recent times, heroes like Wonder Woman and Captain Marvel have entertained the world, and ushered in a wave of new female protagonists. But Cameron feels Sarah Connor, a character from the Terminator franchise, is in a league of her own.

“How many of those characters are over 40?” questioned Camron, whose is ready to release Terminator: Dark Fate soon.

“It’s a very short list. How many of them are over 60? Big fat zero. The guys are still packing guns into their 80s. But in our society we discount the older woman. In classic mythology, she is the keeper of wisdom, sometimes the sorceress or the seer, but always a powerful figure. We put that together with a kick-ass action hero and that’s something you haven’t seen before,” he added.

Cameron’s Terminator: Dark Fate brings back Arnold Schwarzenegger as The Terminator and Linda Hamilton, as an older Sarah Connor. Her son John will once again be played by Edward Furlong.

Although Terminator: Dark Fate is the sixth instalment in the franchise, it is being touted as a direct sequel to 1991’s Terminator 2: Judgement Day. The film ignores the events of the three films that released in between.

Cameron always had Hamilton’s name in mind for the role of Sarah Connor.

“I don’t think any of us imagined anyone else in the role. We would just not have brought Sarah back without Linda. When Sarah appears on screen, you just feel, okay, here we go,” he said.

It’s possibly the last lunch together for a family in Abhiroop Basu’s Meal, as sounds of communal violence, through chants and news flashes, engulf their home. The frustration, sadness, trauma and bruises are visible on actors, Adil Hussain, Ratnabali Bhattacharjee and Arun Mukhopadhyay, in the 11-minute short film, which brings out both the fear and […]

The eCAPA 2020 exhibition features artworks done by the intellectually disabled

How an online art exhibition, organised by an NGO based in Bengaluru, is restoring faith and confidence among artists with intellectual disabilities Akila Vaidyanathan from Coimbatore was misty-eyed when she saw her son Nishant Sriram’s paintings displayed at the second edition of eCAPA 2020 exhibition. He is one among the 59 participants with intellectual disabilities […]

Actor Mahesh Babu who’s known for his impeccable style statements, will be launching his own clothing line, The Humbl Co, on August 7. The menswear label with a tagline ‘dress like a dream, live real’ will be available on Spoyl (spoyl.in), the e-commerce platform that pitches itself as India’s largest influencer-led fashion store. Without divulging […]