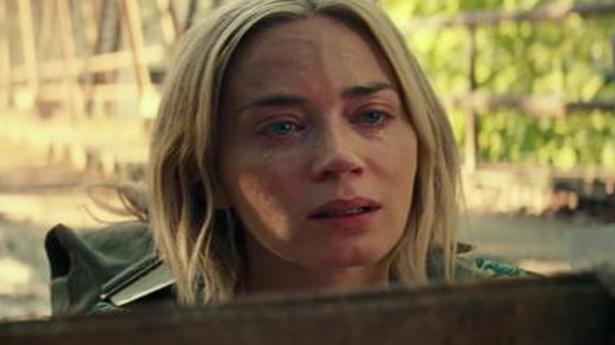 Nichols is known for directing ‘Midnight Special’, ‘Take Shelter’ and ‘Mud and Loving’

The universe of “A Quiet Place” is expanding with Pramount Pictures reportedly working on a third film in the franchise.

Jeff Nichols has been tapped to write and direct the third film, which is based on an original idea by John Krasinski.

The Hollywood star co-wrote, starred and directed the original movie and returned to write and direct the sequel that was pushed from its March 20 release date due to the coronavirus pandemic. The sequel is now slated for release on April 23, 2021.

The details about the plot are still under the wraps but most likely will explore the themes similar to the 2018 movie, about a family trying to survive by staying quiet in a post-apocalyptic world roamed where monsters with ultra sensitive hearing hunt people.

Nichols is known for directing “Midnight Special”, “Take Shelter” and “Mud and Loving”.

Michael Bay, Andrew Form and Brad Fuller will produce via Platinum Dunes alongside Krasinski via his Sunday Night banner with partner, Allyson Seeger, who serves as executive producer.

David Fincher’s biopic ‘Mank’, based on the life of screenwriter Herman J Mankiewicz and Swara Bhasker’s romcom series are the highlights on the platform Avail 27/11/2020 Don’t Listen After the strange death of his young son at their new home, Daniel hears a ghostly plea for help, spurring him to seek out a renowned paranormal […]

Even as Anushka Sharma basks in the success of the crime thriller show ‘Paatal Lok’, she reiterates a commitment as producer to out-of-the-box content Source Related