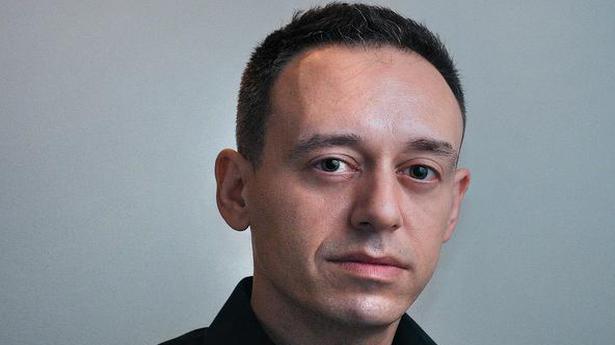 Talking to Joshua Pollock is like peeling an onion. You think that you have reached the last layer, but there is always one more. It is not a reflection on the man, but the subject – Indian spirituality and Heartfulness – which seeks to centre oneself at the core of one’s heart. An avid trainer and practitioner of Heartfulness, Joshua is an accomplished Western classical violinist. Recently, he co-wrote a book, “The Heartfulness Way”, which is essentially a series of conversations between him and Kamlesh D Patel, widely known as Daaji, the fourth guru in the Heartfulness lineage. Joshua lives in Delhi with his wife and two children.

What was the catalyst?

I was always predisposed towards meditation, but there was no catalyst at first. I had to wait for it. From a young age, I remember being very interested in Buddhism, and the Yoga Sutras of Rishi Patanjali. They captured my imagination but I didn’t do anything about it. Then my younger sister died in an accident in 2002. I was 23. I don’t know whether that was the catalyst but right after that, I started meditation. Now I am also a trainer. I find that when many people start, they are in a similar situation, where they are facing some crisis. But wouldn’t it be better not to wait till then?

Did you try other forms of meditation?

I did, but after trying Heartfulness, I knew that my search for a path had ended. It kept surprising me and I kept being wonderstruck. What made it so different from others was its simplicity and its effectiveness. Simple doesn’t mean easy! I am a Western classical musician. People talk of Mozart, saying that his music is so simple, but that very simplicity makes it difficult if you yourself are complicated! So this practice is about removing our complexity. Apart from morning meditation, we have an evening practice called cleaning, which removed the emotional burdens and complexity that we carry. We tend to have so many emotional reactions during the day and we carry their heavy effects along with us. With this cleaning practice, you just close your eyes, sit for a few minutes and remove all the effects of this stress. So, you feel light. You become purer and simpler. Then, it becomes easier to accept things in other people and we avoid quarrels at home! In yogic philosophy, this emotional residue is called samskara, or impressions. And eventually, it forms your destiny. With confidence, I can say that in no other practice is there is a method where you can remove all this samskara in bulk. This allows us to design a brighter destiny for ourselves.

Yes. It brings us to a natural state. The other unique aspect of Heartfulness is pranahuti i.e. yogic transmission. This is something that you will have to experience to appreciate. Initially, we receive it when sitting with a trainer, which incidentally is always free of charge. You can compare the experience of meditating alone and meditating while receiving transmission and form your own conclusion about it. According to Rishi Patanjali, samadhi is the eighth and final step of yoga. But with yogic transmission, people often enter into a samadhi-like state even in their first or second meditation. Then you wonder, ‘if this can happen during my first week, what’s next?’ One of the gurus in this lineage has said, ‘liberation is but a plaything in the hands of a child.’ There is much more beyond it. We can actually say that the journey is infinite and at first, the ultimate destination is unknown to us. I think here that the journey becomes the destination. To stay on the path and to move along becomes a destination in itself.

As a tool, will it work for all, including the corrupt?

Human beings have free will. If you want to become noble and pure, it will help you. Otherwise, nobody can help. There has to be something in you which says, ‘Yes, I am open to change.’ But that can also come as result of practising. With Heartfulness, we are meditating on the heart and gradually becoming sensitive to the heart, which is the seat of the conscience. So change happens. Whether it happens quickly or slowly is up to us. Apart from the meditation and cleaning practices, we also utilise prayer to change ourselves, which is different from other prayers because here we are not asking to receive anything. We are only taking higher help to uncover our divine nature.

Is there a way to practice?

It is all about cultivating the right attitude, or bhava. If you practice like a robot, it is useless. If you practice with all your heart and passion, it is wonderful. Nobody wants to listen to a singer who is technically perfect but has no heart. But everybody will listen to a singer who sings with full heart, even if they miss a few notes. Similarly, only sincerity will attract higher forces into our lives.

Is it only for people following the Hindu faith?

Spirituality is universal so this is for all people, irrespective of their religious, social, or ethnic background. Of course, its roots lie in the Raja Yoga tradition, but you can also find many parallels to other traditions, such as Sufism, Christianity, Jainism, etc.

What is the importance of guru?

The guru is the guarantor of the practice, so he is vital, but attachment to the guru’s person can also be a big distraction. Daaji says that you should meditate as if your guru is dead, or as if you have no guru. What we are trying to do is very subtle – from form to formlessness. But when somebody prefers to see the formless

Divinity with open eyes—to have darshan of the guru—it can ruin the whole thing. Guru can help in finding the Divine in yourself. But those who are looking for only the physical thing, for them, it becomes a big distraction.

Did it help you as a musician?

It certainly helped me as a musician. It helped me as a husband and father too. I started meditation in November 2002. I went over the weekend for two-three days. After those few days, my playing somehow became totally integrated in a way I had never expected. It was wonderful. I would say that meditation can have a total effect on a person’s life.

Can you draw a comparison between playing violin in Western Classical music and in Carnatic tradition?

There are differences as well as similarities. It is the same instrument but the technique and concepts are different. The purpose and the effect it has is different. Western classical music is more about drama. It is about showing contrasts between emotions. Like Beethoven ambushes you sometimes. He starts peacefully and then he suddenly goes tan tana! It is more like drama in sonic form. It doesn’t happen in Indian classical music. There is always a flow here. There is a different approach to the violin as well. In Carnatic music, while playing a gamak, you expect the artists to slide one finger on the string. They actually move all four fingers ever so smoothly that you never get to know when one finger is lifted and the other touched the string. In the west, we are told that this finger placement has to be clearly articulated. One finger lifts and only then the other finger comes down. I actually find it similar to the differences in the respective cultures’ food preparation.

How do you see the use of violin in modern film music?

I like the Indian film music. Violin is a versatile instrument and can play many roles in enhancing emotions. People tend to associate it only with sad emotions but it can create many emotions. In Ghajini, it was all so sad but in Yuvraj it created some happy moments.

Chaitanya Tamhane’s The Disciple to compete at Venice

The filmmaker’s sophomore Marathi feature is the first Indian movie in nearly two decades to be selected in main competition at the film festival festival. Source Related

About a year ago, many predicted the imminent death of rock music, even though newer bands Greta Van Fleet and Rival Sons were attracting the younger generation. Now, as we’ve entered 2020, it’s a good time to note that the year gone by was actually great for the genre. Many artistes released full-length albums, instead […]

Theatre director Quasar Thakore Padamsee read A Peasant of El Salvador written by Peter Gould and Stephen Stearns, a few years ago. The play narrates the story of a hill farmer and his family during the 1970s, amid the Salvadoran civil unrest. The peasant has a small piece of land, a large heart and a […]