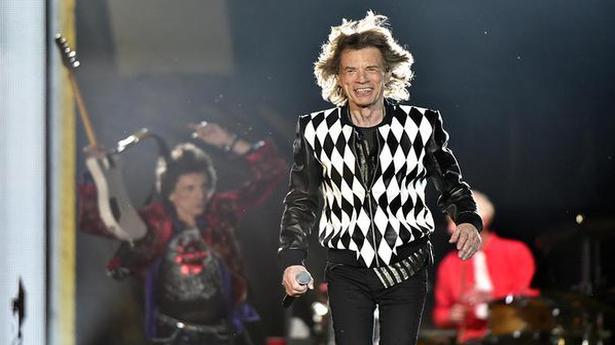 Singer Mick Jagger swaggered back to the stage on Friday in his first concert after undergoing heart surgery in April as the Rolling Stones kicked off a delayed North American tour.

The veteran British band opened its No Filter tour in Chicago at the city’s 61,500 seat Soldier Field stadium, after delaying the 17-day U.S. and Canada tour to allow for the frontman’s medical treatment.

Opening to a sold-out crowd, the band kicked off with its classic hit “Street Fighting Man” as Mr. Jagger, strutted across the stage, singing and pumping his fist.

Mr. Jagger, 75, underwent heart valve replacement surgery in New York in April, and in May reassured fans that he was back in shape by posting video on Twitter.

“He (Jagger) went through it very easily,” guitarist Keith Richards told the Toronto Sun in an interview ahead of the Chicago concert. “He’s in great shape rocking. As I say, it seemed to be no problem at all really.”

The 1960s band, whose current members Jagger, Richards, Ronnie Wood and Charlie Watts are now all in their 70s, has played more than 40 tours, making the quartet some of the most enduring and successful rock musicians of all time.

The Rolling Stones kicked off the No Filter tour in Europe in September 2017, which grossed $116 million , according to Pollstar, making it the 10th biggest worldwide last year.

‘We need to acquire immunity without totally leaving it to Nature’s hands’: Kamal Haasan

Actor-politician talks to us ahead of his conversation with Kerala’s Health Minister KK Shailaja Teacher, to cut through the misinformation spread via social media about the pandemic Source Related

A shot in the arm for Meghalaya film project

A film project from Meghalaya, chosen for a promotion platform in France, has found a Chinese producer. The synopsis of Dominic Sangma’s feature film Rapture is one of 10 projects selected globally for La Fabirique Cinéma 2019, which is organised by the Institut Français for this year’s Festival de Cannes. Platform for filmmakers The 31-year-old […]

The 2020 Australian Open is hosting a Harry Potter Day on its premises next week, to the excitement of several fans of the popular book and movie franchise in the country. On Monday, January 27, members from the cast of the award-winning play Harry Potter and the Cursed Child will make their presence felt at […]