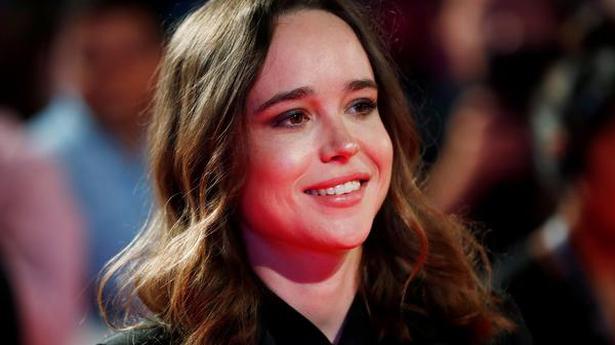 The Oscar-nominated star of “Juno” has come out as transgender, introducing himself as Elliot Page on Tuesday in social media posts that voiced joy at sharing the news — but also fear over a possible backlash.

The actor formerly known as Ellen Page thanked supporters in the trans community for helping him on his journey to “finally love who I am enough to pursue my authentic self.”

Page, 33, burst onto the Hollywood scene with an Oscar-nominated role as a pregnant teenager in 2007 sleeper hit “Juno.”

The actor also appeared in the 2009 roller derby comedy “Whip It,” the 2010 science fiction hit “Inception” opposite Leonardo DiCaprio, and the 2012 Woody Allen comedy “To Rome with Love.”

Page came out as gay in 2014, quickly become a flagbearer for Hollywood’s LGBTQ community, and married dancer Emma Portner in 2018.

While largely absent from big-budget Hollywood blockbusters since 2014’s “X-Men: Days of Future Past,” Page has repeatedly shrugged off suggestions of being typecast or shunned by Tinseltown.

“The truth is, despite feeling profoundly happy right now… I’m scared of the invasiveness, the hate, the ‘jokes’ and of violence,” wrote Page in his post identifying as transgender.

Page also railed against politicians who “criminalize trans health care and deny our right to exist,” as well as influential public figures who use “a massive platform who continue to spew hostility towards the trans community.”

“(Y)ou have blood on your hands. You unleash a fury of vile and demeaning rage that lands on the shoulders of the trans community,” added Page, noting high rates of attempted suicide among the community.

Raja Varu Rani Garu is a title that’s pleasing to the ears, the film is releasing in August and what makes this film interesting is more than 15 newcomers will be testing their luck, which includes lead pair Kiran Abbavaram, Rahasya Gorak and director Ravi Kiran. A B.Tech graduate, Kiran hails from Rayachoti in Kadapa […]

Although the World Theatre Day, observed on March 27 was initiated by the International Theatre Institute (ITI) in 1961, it’s now an occasion that is celebrated worldwide beyond regional and institutional affiliations. It is as much a day of stocktaking and introspection about theatre’s continuing relevance in today’s world, as it is about celebrating an […]