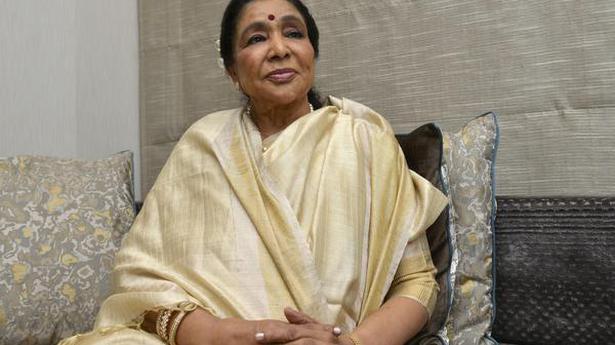 Dressed immaculately in a white sari with a maroon border, Asha Bhosle looks exactly like she did during our last meeting in 2006. She’s now shifted from Pedder Road to Lower Parel, and at 85, is as active as ever. We’re chatting about her recent concert at Shanmukhananda Hall which was packed to capacity. Soon, our conversation drifts back almost seven decades to talk of the songs she sang for music director A.R. Qureshi, better known as tabla legend Ustad Allarakha. This weekend, a day-long concert will commemorate the maestro’s birth centenary on April 29. The line-up, which has strictly been kept under wraps will feature, some of the best musicians in the country.

During the early phase of her career, Bhosle sang for a lot for music directors including Qureshi, Sajjad Hussain and Ghulam Mohammed, before getting her big hits with Shankar-Jaikishen in Boot Polish (1954) and O.P. Nayyar in CID (1956). In 1950, she sang for Qureshi in the films Sabak and Madaari. The former’s ‘Dil Mein Shama Jalaake Tere Intezaar Ki’ is still an evergreen hit. “I was only 17 then, but I can still sing it,” smiles Bhosle, before humming a few lines. “Those days, I learnt from Navrang Nagpurkar (of the Bhendi Bazaar gharana). I and Ganpatrao Bhosle, who I was married to, would attend classical concerts of Amir Khan and Bade Ghulam Ali Khan.” It’s during these concerts that Bhosle was exposed to the talent and skill of great tabla players. “There were Ahmedjan Thirakwa saab, Allarakha, Samta Prasad and Kishen Maharaj. I saw Allarakha saab at a concert held in memory of Pandit Vishnu Digambar Paluskar but I met him at Mohan Studio.”

After the success of her track from Sabak, Bhosle did a string of numbers with Qureshi. These included ‘Dil Liye Jate Ho’, ‘Hasratein Barbad Hain’ and ‘Dhin Tara Re Dhin Tara’ in Laila (1954); ‘Jaate Ho Khuda Hafiz‘ in Sakhi Hatim (1955), ‘Kali Kamli Wale’ with Mohammed Rafi in Hatimtai Ki Beti (1955), ‘Saawan Ka Mausam Hai Saanwara’ in Khandaan (1955), ‘Jane Nazar Dekh Idhar’ in Alam Ara (1956) and ‘Ye Chand Ye Sitaare’ in Lal-e-Yaman (1958). “Those songs are over 60 to 65 years old and I don’t remember many words or the films they were from,” Bhosle. “I didn’t sing them at live shows as people want light tunes. Moreover newer songs started coming in.”

Qureshi did 38 films between 1944 and 1964, and had begun focusing on classical music in the mid-1950s, making a name abroad as Ustad Allarakha through concerts with sitar maestro Pandit Ravi Shankar. Bhosle remembers him as an extremely humble and helpful person deeply attached to his family. “We addressed him as A.R. Qureshi then, and besides music direction, he played tabla on many film songs. So we kept meeting in the studio. I would visit their place when Zakir was a small boy dressed in white, constantly playing the tabla. He has taken his father’s legacy forward in the best manner,” she says. Though Qureshi, being from Jammu, spoke Dogri normally and he would incorporate a lot of Punjabi into his conversations. “He would sometimes sing fast taans while explaining a song,” adds the singer. “If I had a throat problem, he would tell me to come some other day. But he believed in getting the best out, and we sometimes called him Masterji.”

Clearly, that old-world charm had its own beauty and the upcoming concert will try to offer audiences a sliver of that experience.

Celebrating the Birth Centenary of Ustad Allarakha will take place on Monday April 29 at 6.30 a.m. onwards. Entry is free on a first-come first-served basis.

When Gireesaaya was roped in to direct Adithya Varma after the film shot by director Bala was scrapped, everyone felt he was the right choice. Adithya Varma is the Tamil remake of Vijay Deverakonda starrer Arjun Reddy (AR), and features veteran actor Vikram’s son Dhruv. Giri — as he’s known in film circles — had […]

The film, directed by Kim Burdon and co-produced by Thiruvananthapuram-based production house Toonz Animation Group, is expected to release in 2021 Source Related