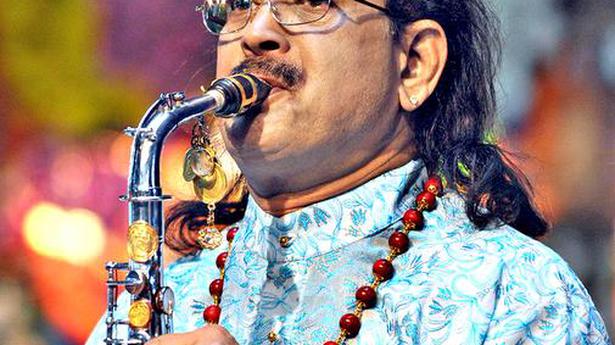 If there’s one word to describe Kadri Gopalnath, it’s ‘innovator’. After all, it requires a different level of skill to adapt a western instrument to play purely Indian music. The Carnatic maestro, who passed away due to ill-health on October 11, did precisely that with the saxophone.

Invented by Belgian musician Adolphe Sex, the saxophone is made of brass, and consists of a single-reed mouthpiece similar to a clarinet. The most common types are the tenor, alto and soprano saxophone, named after their pitch, though fewer people play the baritone and bass saxophones. The instrument is used primarily in jazz, but has also found a place in later day western classical music, blues, world music, pop, soul, easy listening and in some cases, rock. Older Hindi music directors Shankar-Jaikishen, S.D. Burman and Salil Chowdhury used the saxophone, giving it an Indian twist.

As a child, Gopalnath had learnt the Carnatic wind instrument nadhaswaran but was so enamoured by the alto saxophone that he decided to pursue it. He learnt the basic rudiments from Gopalkrishna Iyer, and slowly began working on adapting the instrument. The process wasn’t easy, as changes had to be made in tone and texture. Though the basic fingerwork and blowing techniques are similar, the phrasing of the western saxophone is different from that used in Carnatic music. One had to introduce special ornamentations like gamakas that are typical to south Indian music, and retain the flavour and mood of compositions by masters like Thyagaraja, Purandaradasa and Swati Thirunal.

There was also the question of a western instrument being accepted by purists – never mind the fact that the violin, very commonly used in Carnatic music, has played a major role in western classical forms for decades. Others had tried to adapt the instrument too, but it was Gopalnath who gave it its popularity. Years later, U. Srinivas achieved similar recognition for adapting the mandolin, first used in western classical and folk music. Other Carnatic saxophonists like Aditya Viswanathan and Prashant Radhakrishnan blossomed. American Phil Scarff and the Canadian ‘Saxophone Brothers’ Jonathan and Andrew Kay practised north Indian raags.

One normally associates Gopalnath’s repertoire with Carnatic music. His rendition of Thyagaraja kritis, his tillanas, the Purandaradasa bhajan ‘Bhagyada Lakshmi Baramma’ and compositions like ‘Vathapi Ganapathim’ and ‘Jagadodharana’ are much admired. Often he would be accompanied by violinist A. Kanyakumari and thavil maestro A.K. Palinivel. There is admiration for Gopalnath’s worhwith music director A.R. Rahman in the Tamil films Duet and Sangamam, or for his jugalbandis with Hindustani flautists Ronu Majumdar and Pravin Godkhindi, and clarinet exponent Narsimhalu Wadwatti, another musician to successfully mould a western instrument.

Christopher Nolan says ‘Tenet’ is ‘most ambitious film’ of his career

Ace filmmaker Christopher Nolan has offered first details about his next directorial feature “Tenet”, saying it is the most ambitious movie he has ever made. “Tenet” is Nolan’s follow-up to his Oscar-nominated war drama “Dunkirk” and features a star-studded cast of John David Washington, Robert Pattinson, Elizabeth Debicki, Kenneth Branagh, Michael Caine, Dimple Kapadia, Aaron […]

Portrait of a strained marriage in modern-day Romania

Last year, Romanians were asked whether they wanted their constitution altered to specify that marriage can only be between a man and a woman. The rather expensive referendum failed because of a low turnout (turnout was less than 30% making the vote invalid), despite a push from the Orthodox Church. Marius Olteanu’s Monștri. (Monsters.), a […]

Members of Hyderabad-based ‘Sri Venkateswara Surabhi Theatre’, a group known for its colourful and elaborately staged mythological dramas in Surabhi theatre tradition, find themselves at the crossroads after the Coronavirus outbreak. The primary means of livelihood for at least 50 families residing in Surabhi Colony in Serilingampally, comprising 200 artistes, is by staging plays. Public […]