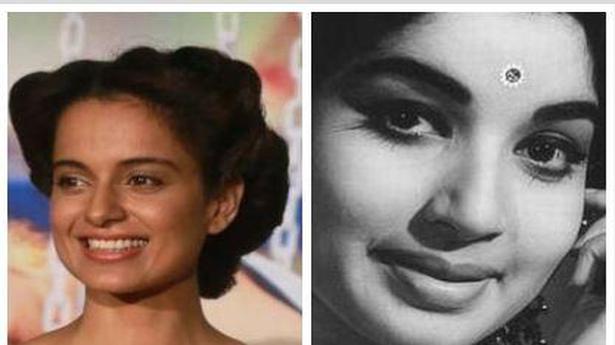 The actor-turned-politician, who passed away on December 5, 2016 due to cardiac arrest, is fondly referred to as ‘Puratchi Thalaivi’, which means ‘revolutionary leader’

Titled Thalaivi in Tamil and Jaya in Hindi, the biographical drama will be directed by Vijay, one of the top South-Indian filmmakers who has helmed movies like Madrasapattinam and Deiva Thirumagal.

“Jayalalithaa ji is one of the biggest female success stories of this century. She was a superstar and went on to become an iconic politician,it’s a great concept for mainstream film. I am honoured to be a part of this mega project,” Kangana said in a statement. Vijay said he is aware of the responsibility of making this film and the team will deal it with utmost care and honesty.

“Jayalalithaa madam was one of the most prominent leaders of our country. Making a film on her life is a big responsibility and we are going to do it with utmost care and honesty. I am proud and happy with our association with Kangana Ranaut ji to portray the dynamic role of our very dynamic leader,” he said.

The film will be written by K V Vijayendra Prasad, who has also penned Baahubali and Manikarnika, and will be produced by Vishnu Vardhan Induri and Shaailesh R Singh under the banners of Vibri & Karma Media and Entertainment.

‘Market Raja MBBS’ movie review: This Arav-starrer neither has a script nor a purpose

There’s a belief that one needs to walk into the cinema hall with absolute open-mindedness. I disagree with this theory. You are subconsciously tuned to expect a certain kind of movie from a certain kind of filmmaker. And you get a sense of relief about your judgemental skills, especially when the bar you set for […]

‘There is no need to panic’

The film industry has come to a standstill with the lockdown to contain COVID-19. Yet there is one image that has gone viral in the past few days — Real Star Upendra’s look from his latest film, Kabza. The actor’s picture as a don has been garnering enough likes and feedback on social media. We […]

Lucasfilm has decided to put Star Wars movies on hiatus after the release of Episode IX, Rise of Skywalker, to focus on their shows for parent company Disney’s upcoming streaming service. The studio is launching their own streaming platform Disney+ this year in November and Lucasfilm president Kathleen Kennedy said the team will now work […]