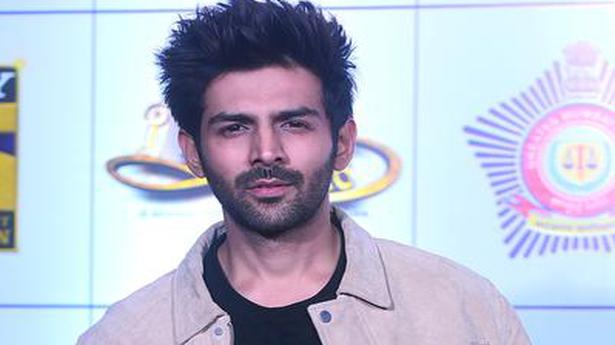 Kartik Aaryan will be seen in filmmaker Om Raut’s next directorial venture, a 3D action film. Kartik, who has been part of several hit romantic-comedies, is all excited about doing some high octane action in the forthcoming movie, to be produced by Bhushan Kumar’s T-series.

“I’ve been keen to do an out and out action film for a while, and Bhushan sir knew about it. I recently watched ‘Tanhaji..’ and was completely blown away by not only the spectacular visuals but also the narrative.

“Om Raut’s vision when it comes to action storytelling using 3D is unparalleled. I’m super excited to be a part of his next film and can’t wait to start work on my first action movie,” Kartik said in a statement.

According to the press release issued by the makers, the yet-untitled film will be shot in India and various locations abroad. The remaining cast is yet to be finalised.

“With the script Om has written, Kartik fits the role to the T. It’s Om’s vision and passion for cinema which I saw with ‘Tanhaji..’ which made me want to back his next as well. This will be T-Series’ first with this kind of a movie which will be a fast paced action film on a heist,” Bhushan said.

Raut, whose first film “Tanhaji…” featuring Ajay Devgn has crossed ₹250 crore, said he is happy to associate with the production house again.

“Bhushan ji supports my vision to create my next. In the initial stages of the script itself I knew Kartik would fit the character well and I am glad to have him on board,” Raut said.

The year was 1962. The studio system in Hollywood was in a shambles — the impact of American television had caused a major blow to the motion picture. The industry, in fact, was warming up to the Hollywood Renaissance, popularly known as the ‘New Hollywood’ — a movement that would begin five years later with […]

Which theatre style connects with you the most, asks Deepro Roy’s new play

Snap, snap, snap. For Abdul, theatre has always been meant to be performed on the streets — where the people are. With snapping fingers, theatre is meant to literally wake audiences up to their pressing socio-political realities. He scoffs at the idea of performing a play on stage, for curated audiences that sit back and […]