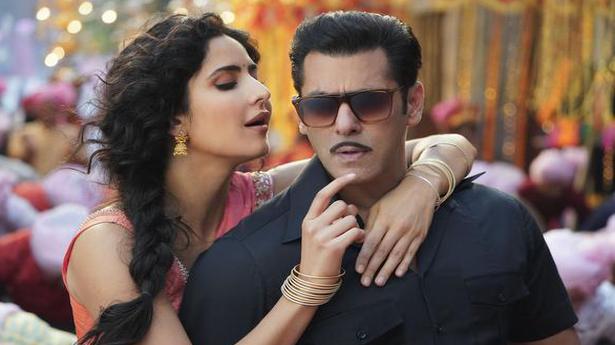 The film is a cleverly-structured tale: of Prabhakaran (Vijay Antony) who confesses to a murder in the beginning of the film. DCP Karthikeyan (Arjun) is listening in, but he is not convinced. He gradually starts investigating the case, and that opens up a can of worms that mostly keep you on the edge of the seat.Kolaigaran has a lot of similarities to Drishyam/Papanasam (both of which are unofficial adaptations of the Japanese novel The Devotion of Suspect X), and much like the Malayalam superhit, the Vijay Antony-starrer also packs a couple of neat twists.

‘Virus’: a heady mix of dread and hope.

Some movies ‘show’ you what it wants you to see, while the better ones manage to transport you to the time and the place, passing on to you every emotion that the characters go through. With the mystery surrounding the Nipah virus and the medical community running against time as the core story, the movie occasionally gives us glimpses of the individual stories, which are all long enough to make an impact, and yet short enough to never lose focus of the central plot. With the second wave of Nipah being reported, concerns were high on whether the medical/survival drama would lead to more panic.

‘X-Men: Dark Phoenix’: So long and thanks for all SFX

The story is based on The Dark Phoenix Saga where the talented, telepathic Jean Grey gets radiated by a universal force, Phoenix, after a space mission goes wrong. There are some evil space creatures who want the power for themselves. While director-writer Simon Kinberg talks of Cyclops and Jean being the emotional core of the movie, it is Raven and Beast, Professor X and Magneto whose relationships and realisations give the movie emotional heft.

‘Bharat’ is a typical Salman Khan-starrer with Katrina Kaif taking the cakeThe stories of lives torn asunder due to Partition and of the reunion of loved ones after years of separation make for an emotive watch. It makes you leave Bharat with some amount of connect, despite the overt mawkishness and accompanying in-film promotion for Zee TV that comes riding on it. Otherwise, in an effort to have an epic sweep, in terms of time, place and emotions, Bharatis way too ponderous and plodding.

Ashraf Hamza’s Thamaasha is the kind of film that creeps into your conscience and stays there for its immense sensitivity. Compared to many other films in Malayalam that have explored body shaming, Thamaasha drives home its message in a much more loud and clear manner. Sreenivasan, despite his flaws and awkwardness, is never a caricature but a guy so real and relatable.It’s definitely a movie with its heart in the right place, and also an earnest attempt to evoke some introspection.

Zeenat Aman has always been a trend setter. At a time when mainstream cinema was strictly binary — the leading lady was pure as the driven snow, the shady ladies knocked back scotch on the rocks while blowing sexy smoke rings and shimmying around stick-in-the-mud heroes, the characters Zeenat played changed things around with their […]

Applications invited for The Hindu award

The Hindu invites applications for the 2019 edition of The Hindu Playwright Award, which carries a cash prize of ₹2 lakh for the best play script written in English. The award was instituted in 2008. Entries are open to playwrights across the country till June 10, 2019. Applicants must be above 18 years, and either […]

‘We were born with a guitar’

Back in 1987, the Gipsy Kings made headlines with their self-titled third album, featuring the hits ‘Bamboleo’ and ‘Djobi Djoba’. Their sound, called flamenco rumba, was a vibrant blend of Spanish melodies with salsa and pop, and their aim was to light up the dance floors. Two years later, their uptempo version of the popular […]