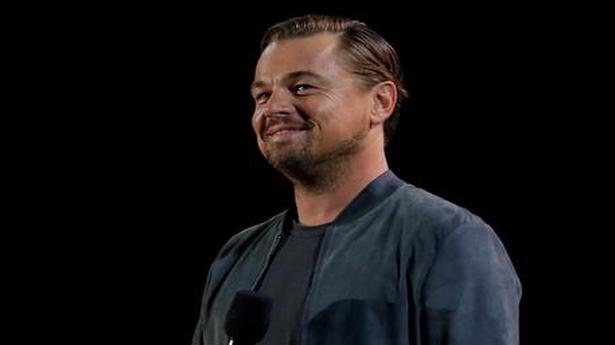 Hollywood star Leonardo DiCaprio, who has been actively campaigning against climate change, recently slammed world leaders for not fulfilling their green promises.

At the Global Citizen Festival, DiCaprio condemned politicians who “have failed to live up to the promises” of the Paris Agreement, along with those who have responded to the recent Global Climate Strike by criticising its leader, 16-year-old Swedish activist Greta Thunberg, reports hollywoodreporter.com.

“Last Friday, young people led the world in strike. Millions of individuals did more than simply walk out of their schools and places of employment. They took a stand. They set an example of true leadership that our planet so desperately needs. These young people have said clearly, definitively and without fear, that the time for inaction is over.

“Yet, surprisingly, some have reacted to this movement with insulting tweets and negative talking points individuals that seem to care more about profit and their own self—interests than about your own future. But we know that the climate youth movement is more important and crucial than at any time in human history,” he said.

The Once Upon A Time in Hollywood star added that the scientific community has made this clear, “and unless you live in alternate reality, there is no more time for denial”.

The annual festival was Hosted by Hugh Jackman and Deborra-Lee Furness.

On a classic East European trail, one can easily drive past Bratislava, en route more popular destinations like Prague or Budapest. The modestly-sized Slovakian capital, though, can take you by surprise with its eccentric Brutalist architecture, a remnant of its Communist era, which could easily form the backdrop of sci-fi films. Politically, the landlocked country […]

Model Simona Jesenska also stars in the video, that has been directed by filmmaker Punit Malhotra Source Related

Sentinels looming at the door

Performing studios that have mushroomed in several local neighbourhoods in Andheri have, on one hand, democratised creative expression and provided an outlet to a host of theatre practitioners, who would otherwise have remained perennial outsiders. It has also allowed provocative works to be staged for limited and increasingly liberal audiences, seemingly outside the purview of […]