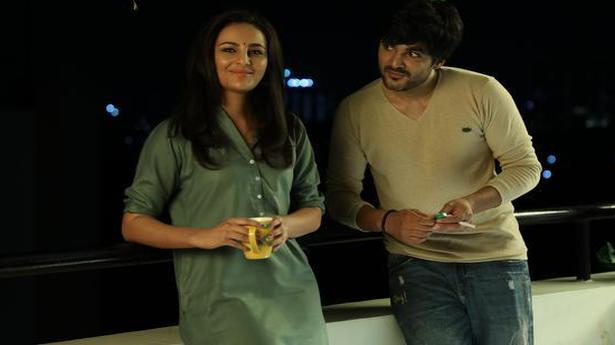 The Telugu romance drama Maa Vintha Gaadha Vinuma that’s streaming on Aha, is written by its lead actor Siddhu Jonnalagadda and marks the directorial debut of Aditya Mandala. In its duration of 1 hour 41 minutes, an aspect that stands out is gender sensitivity.

At one point when Siddhu (retaining his original name for the on-screen character) talks to his father (Sishir Sharma) about not being able to win over his lady love Vinita Venugopal (Seerat Kapoor), the dad doles out a well meaning guideline of first asking her out as a friend and making her feel comfortable in his presence over time. Siddhu wonders what if the girl turns him down months later. “Move on,” says the dad, urging him to respect the girl’s decision. It’s a much-needed guideline in these times of brutal attacks on women by so-called jilted lovers.

Maa Vintha… traces the journey of a regular guy in engineering college who takes a shine to a beautiful fellow student. We hear the story from Siddhu’s point of view, when the relationship has gone sour, as he narrates it to an ageing cop (Tanikella Bharani).

Nothing much happens for nearly an hour. We basically get an introduction to the lead characters, their friends and family members. There are some sporadic statements, one of which goes something like ‘everyone talks about how eating bendakaya can help one crack mathematics but no one said there would be a long pause after you confess your love to a girl’. What exactly was that? Are we supposed to infer anything from it or dismiss it as a rant?

The story doesn’t make any headway, until a viral video forces things to take a sudden detour, almost justifying the ‘Vintha Gaadha’ (a strange tale) in the title, which is a line borrowed from the yesteryear song ‘Raavoyi chandamama’ from Missamma.

The rest of the film tries to capture the ramifications of that incident on Siddhu, Vinita and their families. As things spiral out of control, one character nudges Siddhu to be supportive of Vinita because such incidents take a greater toll on the woman. Again, this understanding and articulation deserves a mention.

Maa Vintha… has these small moments of appreciable writing but in the larger picture, is neither entertaining nor does it make us empathise with the couple.

Siddhu is good as the guy who is impulsive and a tad egoistic. He shoulders the film, having also co-edited it (with Vamsi Atluri). Though it looks like another lover boy act after Krishna and his Leela, he proves that he is an artiste of promise. Seerat’s character could have been fleshed out better. The calm and composed demeanour almost turns into a mask and we don’t get to know enough about her. There’s also a curious character of a possessive friend who sticks out like a sore thumb. Among the supporting characters, only Tanikella Bharani, Kamal Kamaraju and Kalpika Ganesh leave an impression.

Cinematography by Sai Prakash Ummadisingu and the film’s music, by Sricharan Pakala, Rohit-Joy and Ravi Sharma, work well for the romance.

Had it been narrated more effectively, Maa Vintha… would also have been a coming-of-age story of a youngster, showing how one has to be man enough to admit his fallacies.

Podcasts that will help reduce stress and anxiety during the pandemic

It’s been a while, hasn’t it, since we last strolled in a park, went to the movies, hung out in a cafe and did other outdoor activities without fear? Source Related

Memories of a busy Onam

Beethoven and the environment

The year 2020 marks the 250th birth anniversary of Ludwig Van Beethoven, inarguably one of the most loved and definitely, most-recognised classical mu Source Related