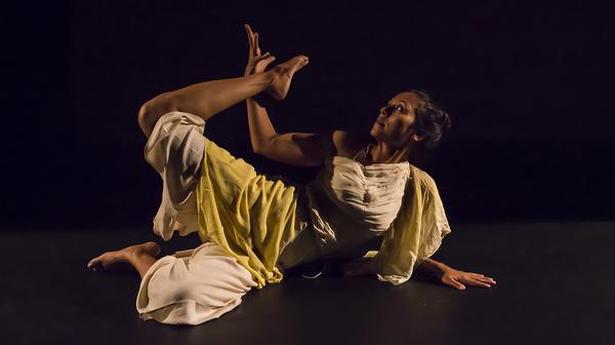 In 2016, the river island of Majuli in the Brahmaputra in Assam — the largest of its kind in the country — was anointed India’s first ever island district. The same year, it had dislodged Brazil’s Marajó, in the Amazon estuary, from its position as the world’s largest river island, as officially sanctioned by the Guinness Book of World Records. This was a long overdue recognition. Over the last four decades, Majuli is estimated to have lost one third of its land area, even as it is currently home to an estimated 160,000 people. The denizens of the island belong to a multitude of indigenous populations that is perhaps as diverse as its stunning array of flora and fauna. What is also teeming and arguably less talked about is the island’s theatre culture.

Part of this has to do with Majuli being a stronghold of neo-Vaishnavite culture in Assam — to which the origins of its trademark mukha bhaona or mask theatre can be traced. The sixteenth century form of bhaona is popular across Assam, and its performance are linked to religious gatherings in nam ghars (literally, chanting houses), and sagas from the traditional ankia naat(one-act plays attributed to the reformer Sankardeva) repertoire are generally performed by all-male ensembles, although women have been making inroads into this male bastion in recent years. Performances in Majuli attract audiences from across the world, especially during the centuries-old annual ras leela festival. The masks are created by hereditary craftsmen, and despite their larger-than-life attributes, are light and functional, being made from organic material like wood, bamboo, jute, cloth and cane. The monastery of Natun Chamaguri Sattra is a prominent centre for making masks, and one of its most accomplished exponents is the Sangeet Natak Akademi awardee Hem Chandra Goswami. The masks fabricated by Goswami can literally ‘speak’ during the performances, because their jaws have been made mobile with bamboo and can be controlled by the actors wearing them.

This culture of mask-making for the purposes of divine performance, or simply as cultural objets d’art, is on the wane. Majuli itself is perpetually under the threat of complete annihilation. Oft-quoted surveys ominously approximate 10-15 years for the island to cease to exist. Closely linked to mask theatre is the putala nach or indigenous puppet theatre. Once again, performances are based on the ankia naat, and use small wooden puppets. Once again, this form is affiliated to religious enterprise, with practitioners at the pilgrimage site of Auniati Satra keeping the form alive. Still to be discovered by the mainstream is Majuli’s indigenous theatre, which is another fixture in a strong network of rural theatre in Assam. It’s a network that could notionally stretch from Goalpara, where the theatre collective Badungduppa Kalakendra (founded by the late Sukracharjya Rabha) operates, to Dhemaji, close to the border between Assam and Arunachal Pradesh, where Pankaj Chetia’s Macbeth Drama functions. These forms, resolutely rooted and rural, are nevertheless much more contemporary in their outlook than the Vaishnavite strand of theatre that is Majuli’s calling card.

In 2014, the India Foundation for the Arts supported a physical theatre performance by the Guwahati-based dancer and choreographer Shilpika Bordoloi. The piece was titled Majuli and was an ode to the island, its precarious ecosystem and spiritual underpinnings. Trained in Indian classical dance forms, Bordoloi has sought to create her own individualistic movement vocabulary in her work. This brings to life the island’s congruences and dissonances, and its double-edged relationship with the river Brahmaputra, in her evocative solo piece, which was part of a larger multi-media project called the Katha Yatra. Apart from sporadic Indian showings, Majuli was staged at the Edinburgh Fringe Festival in 2017, and this week will be performed at the Asia Society Hong Kong Centre, as part of ‘India by the Bay’, a celebration of Indian culture, from the musical to the culinary, in Hong Kong. The other theatrical presentation from India will be Mumbai-based Jyoti Dogra’s Notes on Chai.

For the love of Brahms, Tchaikovsky and Mussorgsky

When Irish classical pianist Barry Douglas first visited Mumbai in 2014, he decided to turn vegetarian. “I still am one, and I thank you all. This will be my third visit, as I came here in April last year,” he says. Douglas is performing two concerts as part of the ongoing Symphony Orchestra of India’s […]

In the mid-1920s, The Volga Boatman, an American silent film produced and directed by the legendary Cecil B. DeMille was refused certification and prohibited from being screened in India by the Bombay Board of Film Censors for its unrelentingly negative portrayal of the October 1917 Revolution in Russia. DeMille’s film, which made American actor William […]

‘Yaksha’: a book on Yakshagana dance for children

According to Priyanka K Mohan, a Yakshangana artiste, “this art from coastal Karnataka is facing extinction with just a handful of artistes left and no significant pipeline ahead.” So, Priyanka made it her mission to popularise the art form. Though the young dancer has been teaching Yakshangana for years now, she now wants to reach […]