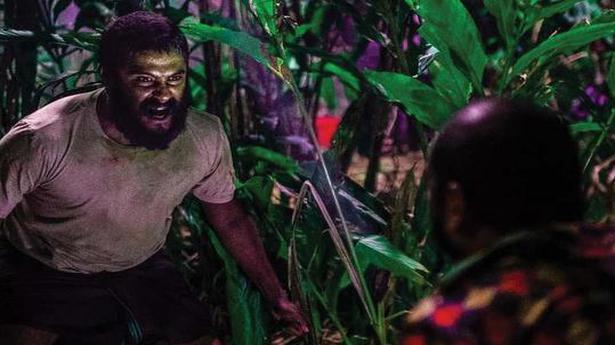 The Malayalam movie, which has been directed by Lijo Jose Pellissery, was shortlisted from 26 films.

“It is a great honour,” Lijo told The Hindu.

Jallikattu will certainly face stiff competition at the Oscars, but do not be surprised if it becomes the first Indian film to get that honour after Lagaan in 2001. Before that, Mother India (1957) and Salaam Bombay! (1988) had made the grade.

Based on writer S. Hareesh’s acclaimed story Maoist, the film that explores the human psyche follows a buffalo that escapes the butcher’s hold when he is about to slaughter it. The beast runs helter-skelter, leaving a trail of destruction in its wake. Before long, the entire village, located in the wild high ranges, is out to trap the elusive buffalo. With every mile that it covers, the buffalo unravels the animosities, the violence, and the selfish interests simmering beneath in the village, which is calm on its surface.

Salim Ahamed, the director of Adaminte Makan Abu, believes Jallikattu could impress the members of the Academy of Motion Pictures Arts and Sciences, who shortlist the films for the Oscars. “I think Jallikattu is the best film India has entered for the Oscars for a long time. Having seen most of the Oscar winners and the nominated films in this category, I feel Jallikattu has tremendous potential,” he said. He said that Jallikatttu was rooted to the Indian culture. “You can’t say that about many of the films that have been nominated in the past from India,” he said

Donning the director’s hat a second time in a decade, Nandita Das’s film Manto starring Nawazuddin Siddiqui in the titular role has been raking critical acclaim at home and abroad. Having just returned from a screening tour of the film at the top universities in the United States, The Hindu caught up with the actor […]

From paint to patina: The third dimension

Bronze sculptures inspired by the repertoire of four of India’s celebrated artists — Thota Vaikuntam, Jogen Chowdhury, Krishen Khanna and the late Ram Kumar — are now on view at Hyderabad’s Kalakriti art gallery, after being showcased at the India Art Fair (IAF) 2020, New Delhi. Twenty six sculptures exhibited at IAF as part of […]

It was a proud moment for the world of Kannada films. The credit goes to actor Sreenivasa Prabhu and director G. Murthy for creating a unique film – Bimba-Aa Tombattu Nimishagalu (Bimba – Those 90 minutes). The film has created a world record with Universal Records Forum (URF) declaring it as the “First of its […]