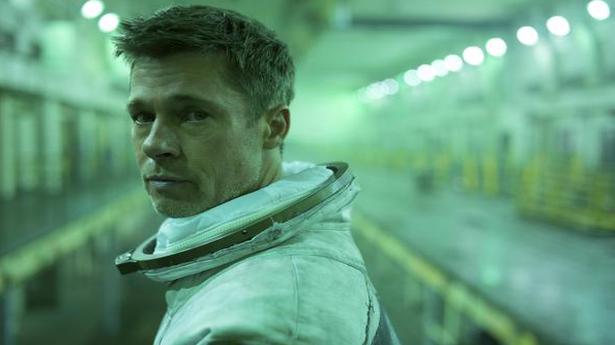 Every year, as Diwali approaches, cinephiles in Mumbai look forward to a week crammed with top titles from big-league film festivals across the world. Falling in the last leg of the festival calendar, the Jio MAMI Mumbai Film Festival with Star packages not just some of the most discussed, celebrated and sometimes berated films from Sundance, Rotterdam, Berlinale, Cannes, Locarno, Toronto, Venice and Busan, but also leaves room for smaller discoveries, most often among the indie Indian films. The 21st edition is no different.

There are the big-studio crowd-pullers, propelled by Netflix distribution, like Fernando Meirelles’ biographical comedy-drama, The Two Popes, Martin Scorsese’s much-awaited The Irishman and Noah Baumbach’s Scarlett Johansson and Adam Driver starrer, Marriage Story. There are Hollywood heavyweights like Robert Eggers’ black and white horror, The Lighthouse, and Brad Pitt-led space drama, Ad Astra. “You have to matter as a festival for big studios to give us their films, so this has definitely been an achievement in the last five years,” says Smriti Kiran, Artistic Director, MAMI.

She, however, insists MAMI is a discovery platform for Indian indie films. “This year we have some women making their directorial debut as well, like Arati Kadav, Seema Pahwa and Tannishtha Chatterjee,” says Kiran.

Rising from the dead

In 2015, MAMI was refurbished and almost resurrected from the ashes with a pool of high-profile sponsors and glamour from Bollywood personalities. This year, actor Deepika Padukone heads the festival as chairperson; Sonam Kapoor continues to support the festival’s flagship Word to Screen market, and an entourage of Bollywood celebrities including Kareena Kapoor Khan, Alia Bhatt and Karan Johar will descend at the Movie Mela, a day-long event in the run-up to the festival. “We use Bollywood to amplify the festival and they don’t have anything to gain from MAMI,” says Kiran.

Looking back at the last five years, MAMI prides itself as an “inclusive festival” that doesn’t impose its taste on the audience, but provides a variety of films. This year offers over 190 titles, spanning 53 countries and 49 languages. In recent years, the festival has also hosted a few coveted filmmakers like Sean Baker, Lucrecia Martel and Jia Zhangke.

This time, academy award-nominated Palestinian-Dutch filmmaker, Hany Abu-Assad will head the international competition jury; film producer, cultural commentator and entrepreneur Franklin Leonard will head India Gold jury; and Fernando Meirelles and Deepti Naval will receive the Excellence in Cinema awards. “Festivals have a long gestation period, and we have to be patient,” says Kiran. “We wrote to Darren Aronofsky for three years till he finally agreed to attend after hearing about the response Mother! (2017) received at MAMI.”

In the last five years, MAMI has gone bullish on popular and award-winning films, which seemingly pull in the numbers. “But let me tell you, we don’t have Parasite and Portrait of a Lady on Fire,” reveals Kiran, referring to he two most-awaited titles from Cannes. On the discovery front, the festival has 13 world premieres this year, most of which are Indian films. Terming world premieres a “vanity venture”, Kiran says that MAMI organisers and curators were concerned about them till two years ago. “But now we realise that our audience doesn’t really care if a film is a world premiere, so we don’t stop our filmmakers from taking their films outside the country first, but we insist on an India premiere,” she informs. Keeping up with the last three years, the opening film this year, Geetu Mohandas’ Moothon had its world premiere at the Toronto International Film Festival as well, before making its way to Mumbai.

The international competition category, which awards debut films made in the past year, has a strong lineup, some of which have been sent as official entries to the 92nd Academy Awards for the Best International Feature Film category. There’s System Crasher from Germany, Buoyancy from Australia, Honeyland from North Macedonia and Atlantics from Senegal, among the 13 competitors, bringing in diverse socio-political and cultural narratives emerging from personal identities. “My African origins and cinematic origins are very linked,” said Mati Diop, director of Atlantics, in an interview with The Hindu.

While every major festival has its essence and curatorial sensibilities, Kiran says MAMI is “a politically-aware festival that is not divorced from what’s happening in the world”. Whether that reflects in its programming is something we will have to discover for ourselves when the festival opens next week, she adds.

Jio MAMI 21st Mumbai Film Festival is on from October 17 to October 24 across multiple venues in Mumbai. Register for ₹500 for a delegate pass on in.bookmyshow.com.

Continuing its run in Mumbai on the Marathi commercial theatre circuit is a revival of a classic production that was first staged in 1972. Himalayachi Savali (literally, The Shadow of the Himalayas) belongs to the oeuvre of one of Maharashtra’s most accomplished dramatists, Vasant Kanetkar. While the original production was top-lined by formidable talents Shreeram […]

He grins and says in gay abandon, ‘Shammi heroyaada… hero’. Appu VK enjoyed Fahadh Faasil’s psychotic Shammi in Kumbalangi Nights so much that the animation artist in him wasted no time in caricaturising the character. “A bat was the first creature that came to mind… It flies, but is not a bird. Shammi too has […]

Known for creating various reality shows and speaking his mind, Raghu Ram of the Raghu-Rajeev duo says it is reality shows that can bring change in the content on the web. Best remembered for “Roadies”, he will be seen in the Amazon Prime’s new reality show “Skulls and Roses”. Featuring a bunch of youngsters on […]