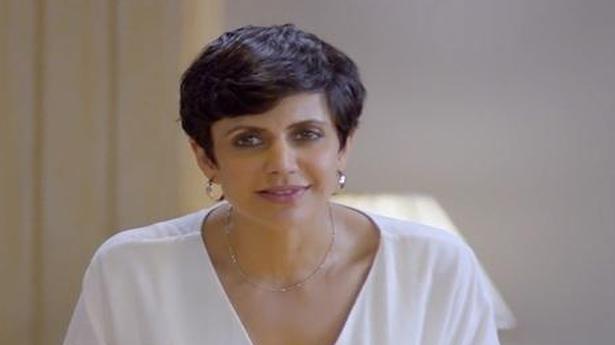 Box office results notwithstanding, Mandira Bedi, 47, has made her presence felt in her recent films. Making a smooth transition between different platforms, Mandira was recently seen in “Smoke”, a crime thriller and is now portraying the role of boss in the second season of MX Player’s “Kiska Hoga Thinkistan” which reflects office politics, professional rivalry, and issues of gender inequality at the workplace.

How has your character evolved in this season of ‘Thinkistan’?

I am playing the role of a boss who is hard-working, self-righteous and courageous. She knows how to motivate her employees, appreciate their work and at the same time give constructive feedback to them. I think that if even one woman is inspired by my character, it’s a job well done. What I like about this character is that she is loved and respected. She is a kind of boss to whom employees can come freely. The second season has a lot of turn of events which put my character in challenging situations which people will enjoy.

A lot of your recent work portrays you as a confident and strong woman. Does that come naturally?

Well, the confidence has come from spending over more than 25 years in the industry. I have changed as a person and have evolved as an actor. The position where I am right now has come through a lot of struggle and surprises. I felt insecure during my 30s. I used to fear that my career is going to end at any time. It is because female actors in this industry do not have a long shelf life.

How do you see the entertainment industry in comparison to when you started?

A lot has changed. A number of platforms have come up and the increase in competition has improved the quality of cinema also. When I got into the entertainment industry, there were only a few players including Doordarshan, Zee, and Star. I am grateful that I came in at a time when I was a part of the first daily soap on television and now I have been involved in the initial years of the web. The web is exciting because you get to watch content at a time that suits you. For artists, it has acted as a kind of platform that bridges the gap between television actors and the film actors.

You are doing multiple projects in South Indian films…

The characterisation there is very modern and the work culture is better than Mumbai in many ways. There is a certain pace according to which they work and the time frame of a project is fixed. I get to learn new things every day. Roles are being written for me. I am thankful because the experience has helped me hone my skills. I am enjoying my stint and trying to overcome the language barrier.

How do you think your fitness routine reflects in your work?

Fitness has been part of my life since I did ‘Khatron Ke Khiladi’, ten years back. Health and wellness play a very important role in my life. People are noticing it and the good thing about being healthy is that a lot of roles are coming my way where I am portrayed as a strong and confident lady who is involved in challenging work. I will call it the best phase of my life. Ever since fitness has become part of my life, I have been seen as a strong personality.

From the Archive — upholding a rich heritage

For the Chennai music season 2019, The Hindu brings to you the ‘trendsetters’ seriies from our archives – interviews with rising musiciians from the 1990s who are some of the biggest known names in Carnatic music today. here is an interview with Lalgudi G.J.R. Krishnan and Lalgudi Vijayalakshmi, children of the illustrious Lalgudi Jayaraman. Of […]

‘Doctor Sleep’ review: Another failed attempt to cannibalize a classic

No, Doctor Sleep did not put me to sleep. I was laughing too hard to doze off. Oh, but isn’t this supposed to be a horror film? A sequel to Stephen King’s The Shining, which auteur Stanley Kubrick made into a deeply disturbing film? The elevators of blood, scary twins, axe, typewriter, mouldy lady in […]