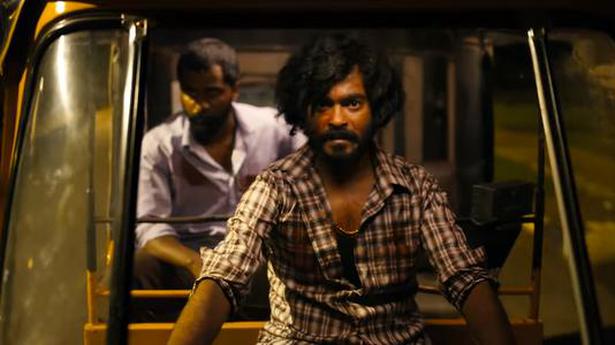 Millennials are quite familiar with the name Auto Shankar aka Gowri Shankar, the notorious gangster who ruled the underworld in the late 80s in the suburbs of Chennai. The controversial life of the gangster is now being brought alive through the web series Auto Shankar, produced by noted cinematographer Manoj Paramahamsa, along with Trident Arts Ravindran. Speaking about its inception, Manoj said that he’s a fan of crime-thrillers. Which was one of the reasons why he agreed to produce Auto Shankar, directed by Ranga, “Seven is my all-time favourite film,” he said, “We wanted to bring the audiences under one platform.”

According to Manoj, Auto Shankar is a no-holds-barred edgy-thriller, catering to hardcore film buffs — the ones who binge-watch TV series. Quoting the failure of Poovarasam Peepee as an example, he said that the idea behind venturing into OTT platform was to develop a new set of audiences among existing ones. “A film’s theatrical run has shrunk to a week’s time. Within that time span, you need to pull in the audience which is quite challenging these days. I don’t know if I’d be able to do that. The world over, platforms like Netflix and Amazon have a solid viewership. And that’s why we thought of producing this series,” he added. A lot of research went into the script, said Maniji, who has written the 10-episode series. Taking us through the writing process, he said, “We have incorporated every detail available in public domain. As a part of research, we had taken references from police records and of course, with an element of fiction. Auto Shankar will give you a feeling of watching a Latin-American series.”

The rise and fall

The first two episodes offered a peek into Auto Shankar’s world. Starring Sarath Appani of Angamaly Diaries fame in the titular role, the series chronicles the life of Gowri Shankar — how he started out and became the most sought-after gangster — in an episodic narrative.

There’s no restriction on OTT platforms, which can be seen as an advantage from a filmmaker’s point of view. The series, in fact, has liberal usage of expletives, which became a point of contention with the members of the press and the team. Clearing the air, Manoj said that they were conscious about the platform and its impact. “Just because there’s no censor board, we didn’t take the liberty of adding certain things. OTT platforms offer an unrestricted filmmaking and viewing experience, which is both an advantage and disadvantage.”

Billie Eilish is Billboard’s 2019 ‘Woman of the Year’

Singer Billie Eilish will be honoured as Billboard’s 2019 Woman of the Year on December 12. According to The Hollywood Reporter, pop star Taylor Swift will also be honoured at Billboard’s event, receiving the inaugural ‘Woman of the Decade’ award. “Billie has disrupted the entertainment industry through her music and social media platforms, leaving an […]

‘It is a different take on Mahabharat’: Puneet Issar on directing the epic on stage