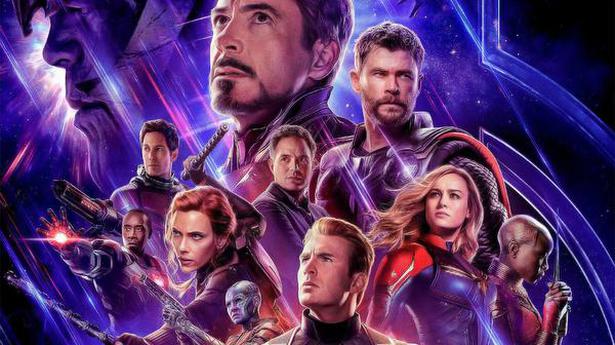 Merely 24 hours after advance booking opened, Avengers: Endgame reportedly sold a whopping four million tickets in record time. “The film which has released across 3,000 screens listed on BookMyShow, hit a peak of 18 tickets per second on the first day of advance sales,” said a press release from the ticket portal. In correlation to the tickets sold, the Marvel film’s opening day was pegged at ₹50 crore net. Unsurprisingly, the film collected a staggering ₹53.50 crore net on a regular Friday (pan India, all languages). In comparison to Endgame, Avengers: Infinity War opened last year at ₹31.33 crore net with a screen count of 2,000.

Of course, the number of Endgame shows per day, including the extremely early ones were an added benefit. Some theatres like Le Reve in Bandra had shows as early as 3 a.m. while a few others began the Friday with 6 a.m. screenings. “The film was running at almost 90% capacity during the opening weekend,” says Shailesh Kapoor of Ormax Media, a firm specialising in trade insights. He does mention that the inordinately early shows didn’t last beyond the first day of Endgame’s release. Plus, their ungodly hour pulled in a measly ₹1 to 2 crore net to the day’s revenue. “It was just a way to get fans to see it on the first day and very few theatres [had the early shows],” he clarifies.

No Bollywood film in 2019 has come close to Endgame’s first day figures. Only last year’s Thugs Of Hindostan managed a ₹48.27 crore net opening, aided by a higher screen count of 4,700 and an extremely beneficial Diwali release. “[Endgame] has done extraordinary business despite a low screen count,” says Sreedhar Pillai, a film trade analyst. “It goes to show that you don’t need 4,000 screens to do this kind of business. Endgame is the highest grossing film of 2019 so far and has become the highest grossing Hollywood film in India.” In a week, the Marvel behemoth has snagged an impressive ₹259.50 crore net, that is pan India and in all languages. In comparison, Infinity War’s lifetime collections which at the end of a little over a month in cinemas amounted to ₹242.5 crore net. “BookMyShow has sold over 6.7 million tickets at the end of the first week,” says Ashish Saksena, COO – Cinemas, BookMyShow.

Marvel’s affinity for the IMAX format has so far restricted its films to theatres with adequate technological equipment. As a result, several theatres in the country have been upgraded to accommodate the superhero films. “The number of screens have increased [from 2,000 to nearly 3,000] because of Infinity War last year,” says Kapoor. While there’s been a normal dip in collections owning to the weekdays, the figures are still as high as ₹30 crore net. But Thursday saw a sharp descent: ₹15.50 crore net. “[Yet] special formats like IMAX, 3D and 4DX are doing exceptionally well, therefore making the demand in metropolitan cities higher,” says Saksena. “With significant number of takers for dubbed versions (Hindi, Tamil and Telugu), Tier-2 towns and beyond have also shown a commendable uptake, with a growth of more than 30% as compared to Avengers: Infinity War.” While figures aren’t available for all dubbed languages, Endgame’s Hindi version has so far collected approximately ₹61 crore net (Box Office India), while the Tamil version has made ₹25 crore net (according to Pillai). The English version makes the chunk of the earnings, clocking in at almost 50% to 55%.

This focus on format compels audiences to watch the films in the intended technology. Here, Hollywood is at advantage over the Indian film industry not just because of mega budgets but also access to better technology that’s imperative for blockbuster experiences. There’s also the recent reduction in GST rates on tickets that has helped Endgame’s mission to conquer the Indian box office. Earlier, tickets exceeding ₹100 were subjected to 28% GST, while those below the rate worked with 18%. “Since January, the 28% has reduced to 18% (₹100 and above) and the 18% has gone down to 12% (₹100 and below),” says Kapoor. “This has effectively increased the net collections.”

Rise to the top

Usually, a film’s lifetime earnings are determined by revenue collected within the first few weeks of its release. In the case of Endgame, trade analysts predict a duration of four to five weeks with estimates rounded off at ₹400 crore net. “Salman Khan has a couple of films this year,” says Kapoor. “But a ₹50 crore net opening is only possible when a big film has a franchise element to it.” With Student of the Year 2 releasing next week, Endgame will continue to enjoy its reign in cinemas. There’s no overlap between the audiences and Marvel’s decade-long tryst will continue to fill seats. The closest competition will be Salman Khan’s Bharat, which is a good month away (June 5) allowing the Marvel film to seamlessly reach its goal. Besides, Aamir Khan’s Mogul only has a tentative 2019 date and Shah Rukh Khan doesn’t seem to be gracing the big screen this year. There’s nothing big enough till Salman Khan’s Dabangg 3 in December either. Endgame, then will in all probability be the biggest hit — Bollywood or Hollywood — in 2019.

Ustad Amajd Ali Khan, sarod maestro, tells us what kind of music he is listening to during lockdown Source Related

The Hindu celebrates the talent of youngsters this Margazhi, in a web series. In the December Music Season, a young crop of artistes will get a chance to showcase their talent online. The Hindu brings you a month-long online series of recordings by these up-and-coming artistes. Mridangam artiste Pranavkrishna Ramasubramanian is a 12th grader at […]

Nostalgia for the light: Sarfraz Manzoor speaks on ‘Blinded by the Light’

“Having stumbled in the dark for so long, on that September night, I was blinded by the light. That night Bruce Springsteen changed my life.” The above is an extract from Greetings from Bury Park (Bloomsbury, 2007), the memoir of British journalist and broadcaster Sarfraz Manzoor. It was the autumn of 1987, and the life […]