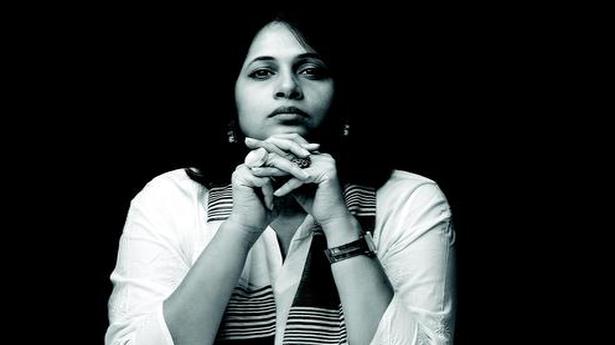 LKG’s success isn’t only because of RJ Balaji’s wit and sarcasm. It’s also the result of a well-planned promotional campaign and colourful posters that have provided the right trigger for audiences to catch up with the film. The brain behind that is Bhargavii Mani and Kota of Edge Design House, who’ve been part of the film since its inception.

Bhargavii’s first interaction with Balaji was many years back — much before he became an actor or a stand-up comedian. It was for a photoshoot for her column titled ‘Photo Finish’ in the ‘Cinema Plus’ supplement of The Hindu. “He was not an on-screen person then, and was hosting a popular show on radio. He was very quiet during our first meeting, and I had to do the talking. It was in the second meeting – when we did the pictures – that he opened up.”

From then on, their friendship has only grown. It has now resulted in the sustained campaign for the recent hit LKG. “While Balaji narrated scene by scene, we kept writing hooks,” she recalls. The team at Edge took two weeks to research and finalised 100 concepts, based on the happenings in the political arena in the state. “It wasn’t just photography; we had to create a buzz around the film. This meant branding for the film.”

Bhargavii’s expertise in experiential design came in handy at that time. “We kept thinking about the subject of the film, the target audiences and what they are frustrated about while zeroing in on campaigns for the film,” she says. The first concept they narrated to Balaji was: ‘Considering Rajinikanth and Kamal are entering politics, why don’t you announce that you’re going to do the same?’ It created a sensation then, with people seriously thinking that he was entering politics. “He was scared, but he trusted us,” she smiles.

For the photoshoot, the team zeroed in on some quirky concepts featuring Balaji, most of which were based on the political happenings in the state.

“Some of the most controversial pictures we took have not been put out; there was one in which he’s peeping into a hospital ICU,” she grins, “All this happened because Balaji was objective and willing to take risks.”

LKG isn’t Bhargavii’s first film; she earlier worked on Sivakarthikeyan’s Remo. “The makers came to me after the male portions were shot, and wanted me to pitch in for the sequences when Sivakarthikeyan appears as a nurse. Since I had an idea of how the film was going to turn out, it helped.”

Bhargavii’s leaning towards minimalism and her advertising background are added advantages when she approaches a film-related shoot. “For me, it isn’t just about taking a good photo. It’s about what it’s selling. It’s about if we can trigger some curiosity among the audiences who see it,” she says.

Fresh off her recent success with LKG, Bhargavii is looking to collaborate with other Kollywood directors and production houses. “We aren’t from the thick of the film industry, but yes, we would like to take up nice projects. We’ve actually rejected a lot of work because there wasn’t a wavelength match. All we think about when taking up a film is: do we completely believe in it? If the answer is yes, we give it our hundred percent.”

Thirty-six-year-old Dhiraj Sharma is a soft-spoken, diffident man. But get him started on the subject of his artworks created from waste and he is positively loquacious. “It’s difficult to get me to stop once I start talking about junk art,” he laughs. His fascination with junk art took root at an early age. “As a […]

‘Gulabo Sitabo’ movie review: A biting satire on Lucknow and its people

‘Gulabo Sitabo’ is both a melancholic lament for and a biting satire on Lucknow and its people. A film in which language reigns supreme. Source Related