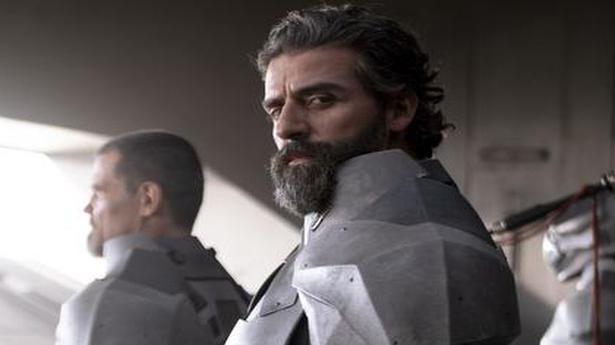 Since its debut in 1998, the character has achieved the status of an icon over the years. He dons a grey tactical uniform and long, flowing headband, and always speaks into his earpiece in a grovelling, melodramatic voice.

The film adaptation of the game has been in development since 2006, and currently “Kong: Skull Island” director Jordan Vogt-Roberts is attached to direct, having boarded the project in 2017.

The film, which will be produced by Avi Arad, has a script by Derek Connolly.

Isaac, known for films such as “Star Wars” series, “A Most Violent Year” and “Inside Llewyn Davis”, had in 2019 expressed his interest in starring in the video game’s screen adaptation.

During an interview with IGN, the 41-year-old actor was asked which video game adaptation he would like to star in.

To this, Isaac had said, “Metal Gear Solid, that’s the one. I’m throwing my hat in for that one.”

Isaac will next be seen in the Denis Villeneuve’s much-anticipated reboot of “Dune“ as well as Paul Schrader’s “The Card Counter“.

The Guatemalan-American actor is also set to star in and produce the adaptation of Brian K. Vaughn’s “Ex Machina” comic retitled “The Great Machine“ and in Barry Levinson’s “Francis and The Godfather”, alongside Jake Gyllenhaal.

Actor Rahul Roy, best known for starring in the 1990 musical blockbuster Aashiqui, has suffered a brain stroke and is recuperating at a hospital here, a family source said. The 52-year-old actor, who was recently shooting in Kargil, was admitted to the intensive care unit of Nanavati Hospital two days ago due to a progressive […]

‘Normal People’ review: A masterclass in understanding the different facets of intimacy

The TV adaptation of Sally Rooney’s hit novel depicts the intense beauty and torture of first love perfectly, aided in no small measure by its outstanding lead actors Source Related