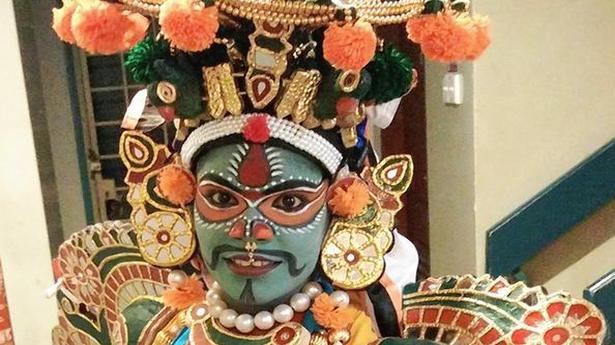 “In our State, Sakthi or Amman is the dominating Goddess of the masses. Amman is known by many names — Angalamman, Nagathamman, Mundakanniamman, Maariamman and so on. At Utsavam 2019, we make an attempt to understand the reasons for her mass appeal and explore the concept of woman and Goddess, through performance and conversations,” says Shreya Nagarajan Singh, who has conceptualised the event.

This will be the fourth edition of Utsavam, an annual event held at DakshinaChitra. The festival is a celebration of women, through centuries of rich cultural heritage of South India, right from the Bhakti movement to the present. This year, the theme for Utsavam is Women and Goddesses: Myth and reality. Says Shreya, “The participants at Utsavam question boundaries and attitudes. Referencing the past, the speakers and performers will explore contemporary themes, forms and expressions. They work to communicate the newer reality of women today. And they are representatives of women in the 21st Century.”

The members of Kattaikuttu Sangam of Punjarasantankal Village will make a presentation on ‘Performance and the public space’. P Thilagavathy, the first woman kattaikuttu performer, will make a presentation on millennial, female perspectives in relation to performance practices, along with Bhagirathy S and Apoorva Jayaraman. On the other hand, a session titled Questioning Frontality will challenge the accepted notions of classical Indian aesthetic that restrict the movement of a pregnant woman.

Keeping up with the Utsavam tradition, the events will culminate in a procession. This year, it will be an interactive performance by Vettri, highlighting gender equality through Kattaikuttu, Bharatanatyam and Carnatic music.

This is an initiative by Katradi, the organisation that organises the annual travelling festival called Lorry Lolakku where they perform on a lorry, in various parts of North Madras and rural Tamil Nadu.

Jio TV Plus announced: here’s what you need to know

On the frontline against zombies

Excited about working with prosthetic make-up, Aahana Kumra digs into her childhood to understand her character’s dilemmas Source Related

A global coming out song