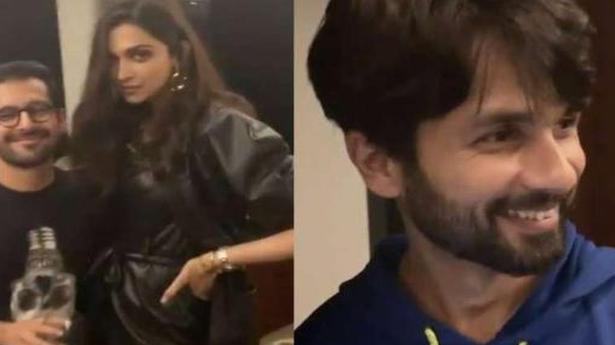 When Karan Johar uploaded a video on Instagram of his house party, the filmmaker may not have imagined the furore it would cause.

Featuring several celebrities like Deepika Padukone, Shahid Kapoor, Ranbir Kapoor, Vicky Kaushal, Arjun Kapoor and Shahid Kapoor, the video captioned “Saturday night vibes” has Johar showing the Bollywood actors in conversation with each other or laughing at the camera.

The clip was widely-circulated clip among fans; but now Akali Dal MLA Manjinder S. Sirsa has raised his voice against it.

Sirsa tweeted the video with a reference to Shahid’s movie Udta Punjab, which dealt with drug abuse: “#UDTABollywood — Fiction Vs Reality. Watch how the high and mighty of Bollywood proudly flaunt their drugged state. I raise my voice against #DrugAbuse by these stars. RT if you too feel disgusted @shahidkapoor @deepikapadukone @arjunk2@Varun_dvn @karanjohar @vickykaushal09.”

The actors are yet to respond, but politician Milind Deora has tweeted in support of Karan Johar, posting, “My wife was also present that evening (and is in the video). Nobody was in a ‘drugged state’, so stop spreading lies and defaming people you don’t know! I hope you will show the courage to tender an unconditional apology.”

Light among the darkness

Circa 1989, as the errant flames of an inchoate uprising were being fanned in Kashmir, a film by Muzaffar Ali, titled Zooni, being shot in the valley, found itself in the midst of a general upheaval not of its making. Starring Dimple Kapadia, the film was based on the 16th century Kashmiri poetess Habba Khatoun, […]

Oscars 2021 ceremony switched to April from February due to coronavirus

David Klein, senior executive vice-president of the New York Film Academy (NYFA), was in Bengaluru recently as part of a multi-city tour. The academy, which has five locations worldwide (the Mumbai campus was shut down), can count some big names among its alumni from Paul Dano (soon to be seen as The Riddler) and Lana […]