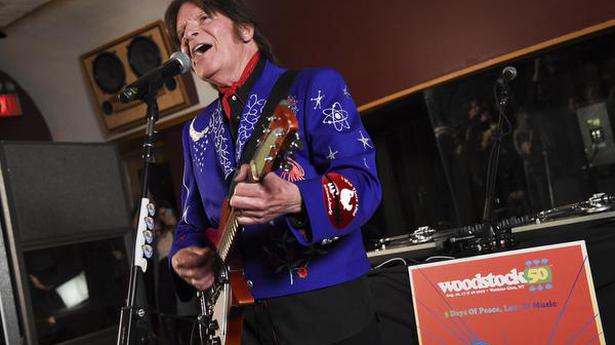 This August will mark the 50th anniversary of Woodstock, the concert that changed the face of rock ’n’ roll. Held at Max Yasgur’s farm near New York in 1969, it was an extravaganza unaffected by regular spells of rain and sudden line-up changes. To commemorate the occasion, organisers had planned a golden jubilee fiesta this year.

Now, the sad news. Dentsu Aegis Network, the main investor, has pulled out of the event, saying it was incapable of living up to Woodstock brand name, given the limited resources. The artiste line-up had been announced a few months earlier, but tickets haven’t gone on sale on April 22, as planned. Woodstock co-founder Michael Lang has said they will find a new promoter.

Whether Woodstock 2019 happens or not, the truth is that it will end up as just a feeble attempt to cash in on ancient glory. There have been other Woodstock sequels before, and Woodstock 1994 had Metallica, Melissa Etheridge, Red Hot Chili Peppers, Green Day and Blind Melon, besides some who performed at the original show. For the 30th anniversary in 1999, the focus was on rock music, with a good blend of old and new with acts like Red Hot Chili Peppers, Creed, Limp Bizkit and Korn.

For Woodstock 2019, the organisers had announced acts like Jay-Z, Miley Cyrus, Akon, Halsey, Brandi Carlyle and a host of pop and hip-hop acts that are anything but Woodstockish. Yes, it had some musicians who played 50 years ago — like Santana, Country Joe McDonald, (Grateful) Dead & Friends and David Crosby — besides newer rock sensations Greta Van Fleet and Rival Sons.

But overall, it seems more like a Grammy party than a rock extravaganza.

Woodstock has special significance. Many of us remember the first time we saw the Michael Wadleigh-directed film at Eros or New Empire in Mumbai or Chanakya in Delhi. Jimi Hendrix’s ‘Purple Haze’, Santana’s ‘Soul Sacrifice’, Joe Cocker’s ‘With A Little Help From My Friends’, Crosby Stills Nash & Young’s title track and Ten Years After’s ‘I’m Going Home’ are just some highlights etched in memory.

There is the trivia too. Joan Baez was six months pregnant when she performed and the Grateful Dead’s performance was cut short by an electrical mishap. John Sebastian wasn’t in the original schedule, but filled in as a replacement. Ravi Shankar played through the rain. The overall attendance was well over 400,000 though many couldn’t make it because of the weather. No babies were born on the premises though there were two births in hospitals nearby. Many later claimed to be conceived at Woodstock, but there is no evidence.

Luc Descheemaeker’s answers via email to our questions are short. He is perhaps a man of few words. Understandable for a cartoonist. Primarily, his communication is through images. They speak. They provoke. They shock. Sample: a sniper taking aim atop an ‘f’ (from the Facebook logo), which is placed at the junction of a floating […]

Thirucherai Karthik has been learning the violin under the tutelage of vidwan V.L. Kumar for the past 11 years and under the advanced guidance of gurus Palghat Ramprasad and S.Varadarajan. It was by chance that he fell in love with the instrument. A performance by senior artists Ganesh and Kumaresh on TV had him wanting to learn to play the violin. He began learning from when he […]