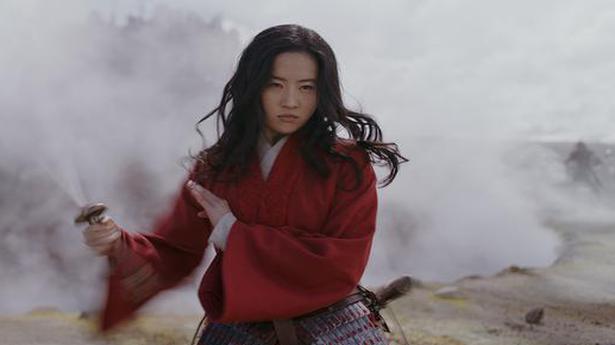 The action, visuals and performances in this live-action adaptation of the original classic, make it an easy watch

Unlike other live action versions of Disney classics such as Jungle Book and Alladin, which were frame-by-frame copies of the animated original, Mulan tells a markedly different tale. Without the songs or Mushu (Eddie Murphy was a scream as the little dragon), this epic action version relies more on the Chinese folklore of the Ballad of Mulan, which was the source material for the 1998 musical as well.

Instead of Huns, there is Böri Khan, a Rouran warrior who wants to avenge his father’s death at the hands of the emperor. He is helped by a witch, Xianniang, who turns into a hawk at opportune moments.

Mulan is an adventurous young girl. Though her parents wish her to be good marriage material and thus bring honour to the family, she is more interested in running, jumping from rooftops and other ‘un-ladylike’ pursuits.

When the Emperor issues a decree that every family should supply a soldier, Mulan’s father, a veteran, offers himself as he does not have sons. In the night, Mulan steals his sword and armour and joins the army, disguised as a man. Her commanding officer, Tung, is impressed with her skills. There follows the usual training montage with minimal gender swap jokes, Mulan’s identity crisis and the big, fat climax.

With all the accusations of whitewashing, Disney has been careful about casting Mulan. Chinese-American actor singer and model, Liu Yifei plays the lead. The rest of the cast include Donnie Yen (Tung), Jason Scott Lee (Böri Khan), Yoson An (Chen Honghui, a fellow recruit, who has feelings for Mulan), Gong Li (Xianniang), Jet Li (the Emperor), Tzi Ma (Hua Zhou, Mulan’s father) and Ron Yuan (Sergeant Qiang of the Imperial Regiment).

The fights are choreographed beautifully and the landscapes are breathtaking — shooting in Xinjiang did attract controversy. Though Mulan is a regular coming-of-age tale, the action, visuals and performances make it an easy watch.

‘I accepted Bigil because I got to spend time with Vijay’: Kathir

Kathir got into the film industry for one person: his father, Logu. “He wanted to see me on the big screen and I débuted as an actor, with zero experience in acting,” he recalls about 2013’s Madha Yaanai Koottam. That was six years ago, when Kathir had given exams to go to Canada and dreamt […]

Thirucherai Karthik has been learning the violin under the tutelage of vidwan V.L. Kumar for the past 11 years and under the advanced guidance of gurus Palghat Ramprasad and S.Varadarajan. It was by chance that he fell in love with the instrument. A performance by senior artists Ganesh and Kumaresh on TV had him wanting to learn to play the violin. He began learning from when he […]

‘Bigg Boss Tamil 4’: Here is the full list of contestants

From actors Ramya Pandian and Jithan Ramesh to singer Velmurugan and model Samyuktha, these 16 contestants will take part in the fourth season of the reality show Source Related