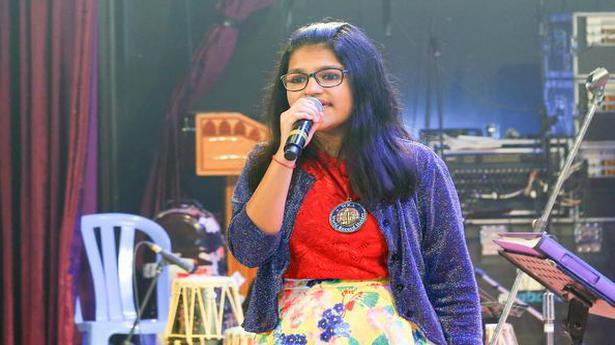 Fifteen-year old Suchetha Satish has won the ‘100 Global Child Prodigy Award’ for her ‘Double World Records’ achieved for singing in most languages during a concert and for the longest live singing by a child, which were adjudicated by The World Record Academy, based in Miami, U.S. The Dubai-based Suchetha can sing in 130 languages. She recently launched her third Arabic album ‘Fi Hub Al Emarat,’ for the National Day of UAE. Suchetha has been trained in both Carnatic and Hindustani music. The GCP award is an initiative to provide children a platform to showcase their talents.

Chennai’s iconic single screen — Casino Theatre — gets a new lease of life, as efforts to revamp the interiors of the theatre are currently underway. Considering its rich legacy among cinephiles, the building will remain untouched, says a spokesperson for the theatre. Walk into Casino and you’ll be pleasantly surprised with its interior, for […]

Will Arnett: ‘It is still hard to say goodbye to BoJack Horseman’

Actor Will Arnett is feeling “bittersweet” with the conclusion of his Netflix series BoJack Horseman as he admits that it is hard for him to let go of it. The show, created by Raphael Bob-Waksberg, ended with its sixth season, which was divided into two parts. The first installment came out on October 25 last […]

Brad Pitt or Jennifer Aniston? Viral ‘Gradient’ app tells you who your celebrity lookalike is

First it was FaceApp; now Gradient. Photo-apps have a way of quickly going viral — and the success of FaceApp that launched earlier this year prompting users to upload selfies and witness re-imagined, older versions of themselves — has now led to Grandiet quickly becoming a user-favourite. The app was initally endorsed by none other […]