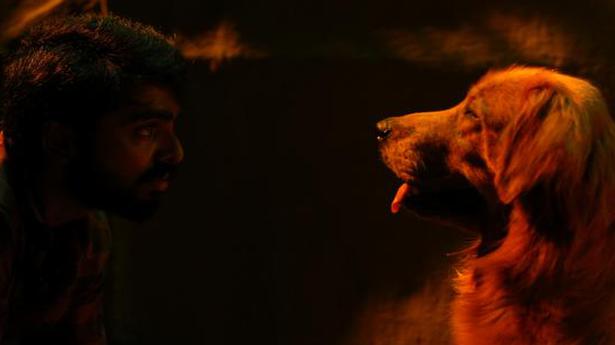 This week’s big Tamizh Puthandu release is director Vijay’s Watchman, which has GV Prakash in the lead. After a trade screening of the film, industry pundits are giving it a thumbs up mainly due to the performance of the “wonder dog” in the film. A golden retriever called Bruno plays a pivotal role in this film. Bruno will be the latest addition to a long list of Tamil films in which dogs have played a crucial role.

This week, along with Watchman, another dog-centric film Rocky: The Revenge is hitting screens. It is an action police crime thriller with Srikanth playing a cop, who is assisted by two German shepherd dogs that play crucial roles in the film. The film is directed by veteran KC Bokadia, who produced the iconic ‘dog film’ Teri Meherbaniyan (1985). The buzz is that Rocky: The Revenge is loosely based on it.

GV Prakash, who is the hero of Watchman, said, “It’s tough and unique shooting with a dog; I had to know Bruno at close quarters for the first three days before working with him. Though he occasionally growled, he became friendly after a while. We were able to wrap up his portions in 20 days because Bruno was well-trained.”

Dog-based films have been popular from the early 1970s and 80s. Who can forget Jackie Shroff’s Teri Meherbaniyan (1985), a remake of the Kannada film Thaliya Bhagya, starring Shankar Nag? The Labrador in Teri Meherbaniyan, who avenges the death of his master and brings the villain to justice, became a “major star” and featured in many films. Brownie was the first dog in the industry to get ₹1 lakh plus for a film at that time. The Pomeranian, Tuffy, in Salman Khan-Madhuri Dixit starrer Hum Aapke Hain Koun (1994) was another canine that became a major star.

Sibiraj says, “We had auditioned a lot of canines for the role; some of them were just cute, but I wanted a dog that can instil terror and follow complex commands and perform action sequences. Finally, we got Idoh from a trainer who trains dogs to assist in Army operations in Jammu and Kashmir. I was very sad when he informed me last year that Idoh had passed away.” Adds Sibi, “I’m sure there will be a Naaigal Jaakirathai 2, once we get the right script. It all depends on the content and packaging.”

When the first look poster of Kaala was out last year, what caught the attention of fans, apart from ‘Thalaivar’ Rajinikanth, was the dog that featured in the poster.

Mani, the dog, was apparently found on the streets in Chennai and became a star. Later, in an interview, animal trainer Simon revealed that Mani bonded well with Rajinikanth on the sets. Meanwhile the industry is waiting to see how big Watchman turns out at the box-office, before other ‘dog-based’ films, including a horror film, are launched.

Today, trainers based in Mumbai, Bengaluru and Chennai are always on the lookout for unique well-trained dogs who can perform in front of the camera. They are handsomely paid and if the films they work in turn out to be hits, they get more work. As part of the deal, they get air travel and star hotel accommodation and imported dog food.

However, PETA and the Animal Welfare Board have been cracking down on the use of animals in films. This explains why it took three months for Watchman to get a clearance from the Board.

Leading producer G Dhananjayan, who had a tough time with the Animal Welfare Board over one of his films, says, “Such films bring in a lot of curiosity among audiences, especially when it involves a domestic animal. However, making a dog-based film is very difficult, because of stringent animal welfare rules. Even after ensuring during filmmaking that the animals are safe and looked after well, the entire process of getting the approval from the board takes a minimum of three months, which discourages the use of animals in films. While the rules should be protective of animals, it is currently very challenging to use them on sets and producers have to rely more on VFX or CGI to create them digitally.”

Whether it’s Anjali in The Trip, Golu Gupta in Mirzapur or Shaalu in Masaan, there is spunk and energy that permeates all of Shweta Tripathi Sharma’s characters. Talking to the actor makes it obvious where is comes from. On being congratulated for the response to the trailer of her next release, Gone Kesh, which hits […]

The autonomy of culture

Rangayana is the name of a chain of small theatre repertories in Karnataka, built over the years with much love by the people of Karnataka. There are four repertories today — in Karavali, Malenad, Hyderabad-Karnataka, and Shimoga — with proposals for a few more. A repertory is a theatre institution meant to perform plays professionally, […]