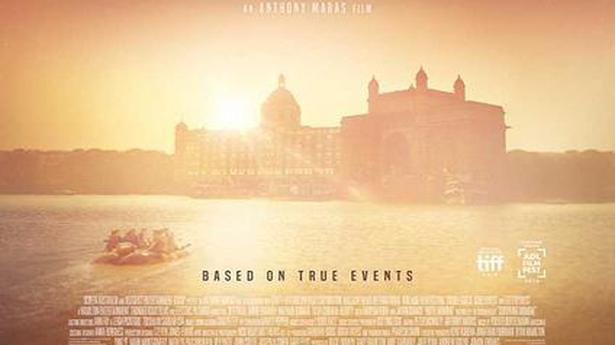 In November last year, in its content showcase “See What’s Next: Asia” summit in Singapore, Netflix had announced eight new original films for the India market. Among them was Hotel Mumbai, a fictionalised account of the 2008 terrorist attacks on India’s financial capital, specifically the siege of Taj Mahal Palace and Tower Hotels.

Netflix had claimed to have acquired the streaming rights for South and South East Asian territories for the American-Australian production, directed by Anthony Maras, starring Dev Patel, Anupam Kher, Armie Hammer and Nazanin Boniadi in key roles. At the time, Netflix had also said that it planned to screen the film in the South Asian Association for Regional Cooperation (SAARC) countries that include India, Pakistan and Afghanistan.

The film is now off the Netflix menu in these regions.

With things on a boil in the sub-continent, the immediate question on most media watchers’ minds was whether the move had anything to do with the current state of Indo-Pak relations. Industry sources clarified that it had nothing to do with the diplomatic heat but a litigation that the streaming giant is embroiled in. While no official statement has come from Netflix, owing to the case being sub judice, the source said that “Netflix has terminated its agreement with the licenser of the film”. It will not distribute and release the film in India and the other regions.

According to media reports, a Dubai-based firm, Plus Holdings, has moved the Bombay High Court, filing a petition to seek injunction against Netflix from screening Hotel Mumbai. The firm claimed that it had been granted broadcasting rights for the movie in SAARC nations.

The rights were given for all digital and non-digital platforms (theatrical, satellite, digital, etc). The firm has alleged that the deal was illegally cancelled for the rights to be licensed instead to the streaming giant.

The film releases in Australia on March 15 and in the U.S. on March 29.

The film had its world premiere at the Toronto International Film Festival (TIFF) in September last year and elicited a varied response — from wide appreciation for its portrayal of both the beastly as well as the humane side of the terrorists to criticism for its refusal to point a finger at the nationality of the perpetrators of violence and for not zooming in more acutely on the State ineptness in handling the situation; from the audience being overwhelmed by the moving recreation of the harrowing hours to their discomfort with its “disaster drama”, “thriller mode” and “entertainment value”.

‘We dance for a cause’

While shooting for Baaghi 3, fresh out of her experience on Street Dancer 3D, Shraddha Kapoor would do steps in between takes. Even as Kapoor tells me that her favourite styles now are popping and locking and the robot, she sways while seated to demonstrate what she means. “I have always loved dancing,” she remarks […]

Radhakrishna Marar devises a notation system for the chenda beats