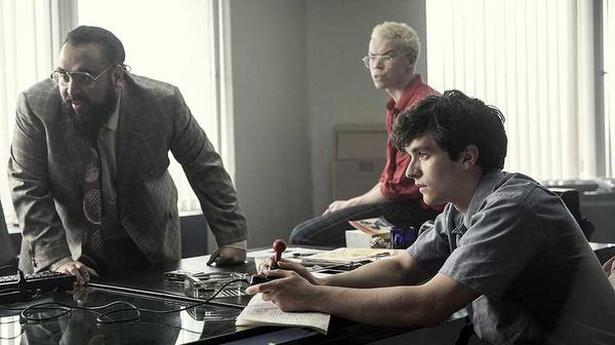 A Netflix Inc experiment that began with viewers picking a movie character’s breakfast cereal may expand to letting the audience choose the best on-screen date or the safest path to escape an axe murderer.

The company is looking for possibilities across genres such as comedy, horror and romance, said Todd Yellin, Netflix’s vice-president of product.

“Why can’t you have a romantic title where you get to choose who she goes out with?” Mr. Yellin said. “Or horror titles. Should you walk through that door, or should you dive out that window and get the heck out of there? You can make the choice.”

In Bandersnatch, the first decision viewers could make was whether a character would eat Sugar Puffs or Frosties for breakfast.

The idea was to give audiences a simple choice to encourage them to test the technology, which involved clicking via a remote or tapping on the screen to select an option. The movie kept playing even if the viewer did not choose.

“Like many of you, I got addicted to Bandersnatch and trying to figure out what’s the significance of the cereal, and not the cereal, all the different options,” Netflix Chief Executive Reed Hastings said.

The film provided feedback about how long people want to engage with interactive programming and how many choices they want to make, Mr. Hastings said. After the cereal decision, viewers selected things such as the type of music a character would play or whether they would jump off a building.

When viewers can direct a story, they feel “really with the character,” Mr. Yellin said.

That is why he wants to try the format in other stories where characters face immense consequences. “Horror is life and death situations constantly,” he said. And in romances, “the emotional stakes are high.”

Mr. Yellin said the effort is in its early stages, and Mr. Hastings suggested he does not see interactive entertainment replacing traditional storytelling.

Netflix already has produced a handful of interactive shows for kids, who were immediately receptive to the idea, Mr. Yellin said.

With ‘WHO AM I?’, High Kicks is exploring a woman’s world

Everyone has a story, but not all have the power to share it. Speaking for women everywhere is city-based High Kicks Dance ensemble’s ninth production, WHO AM I?. It explores the various struggles that women so often try to bring to light, but then dismiss to maintain their sanity. “Growing up assigned female, how many […]

Meditations on canvas; The sixth edition of I Rise exhibition organised by Art Houz features works of 11 women artists

Travelling is Bengaluru-based artist Kayalvizhi Sethukarasu’s muse. “I sketch en route in my notebook and later develop them into my paintings,” she says. Her painting called Mangrove is inspired by her trip to Pichavaram Mangrove Forest where she went on a boat ride inside a mangrove forest. “I was surrounded by tall roots and all […]