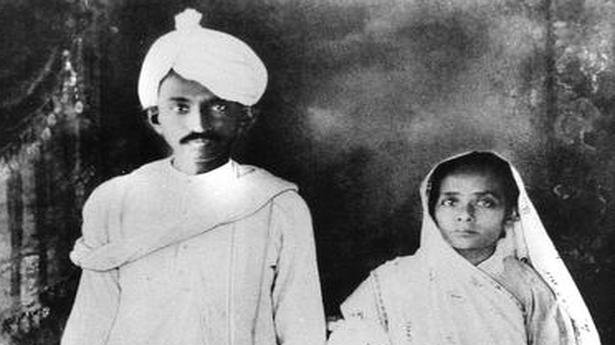 The upcoming biopic Gandhi Ki Prerna Kasturba traces Kasturba Gandhi’s influence on Father of the Nation Mahatma Gandhi. After a special screening in Mumbai, Governor Bhagat Singh Koshyari of Maharashtra said it is very important that the young generation watch this film.

The makers arranged a special screening for Governor Koshyari. After watching the film, he said: “I am very happy to watch the film on Kasturba Gandhi’s life and everyone should know about her life. Even I am very inspired by her life, especially the way she supported Gandhiji in every area. She sacrificed so many things and never thought of getting into a comfort zone.”

“She never let children take the liberty of Gandhiji’s name for materialistic things. I must say that she has played a very important role in Gandhiji’s becoming Mahatma,” mentioned Koshyari.

He added that the young generation should watch the film.

“They should watch this film in order to understand the significance of relationship and love. These days, wives are called the better half in order to show off. Earlier she was the “ardhagini” out of respect. These days people are losing respect for each other. That is something we can regain after watching this film,” said Koshyari.

Although Gandhi ji has been celebrated in the history of Indian freedom movement, not many stories are heard about his wife Kasturba, who was born in Porbandar in 1869.

She actively participated in the welfare of women in Champaran, Bihar, and the Quit India Movement, among other protests during the freedom struggle.

Considering the fact that there are very little stories known of Kasturba, director Manish Thakur said the film’s team had to go through a long and extensive research process.

“Kasturba Gandhi is not that popular a freedom fighter. She gets a very small space in our history books. So, it became difficult for us to get information about her. Then we started visiting Gandhi ashrams and interacted with a lot of old people to gather information about her. Our writer Shakeel Khan did a fantastic job in collecting information and interpreting it,” said the director.

“After hard work of seven to eight years, we were able to prepare the script,” he added.

Did he think of casting a big name from Bollywood, as it would have given the film a wider reach? “We didn’t cast big names due to a lot of reasons. Firstly, the budget was a problem. Secondly, the locations chosen by us would be tough for big celebrities to survive. We are the people from the world of theatre, and we have mad ea film with a lot of hard work. We have hoping it does well,” said the director.

The release date of the film is yet to be decided.

‘My wife denies me biriyani inspired by ‘Naadhas’ Senthil’

I was eight when Karakattakaran was released, and I remember going to this movie with my elder brother and his friends. I don’t remember much from that day. But thanks to VCR players then, and TV channels now, I remember every scene clearly. The credits introduce Ganghei Amaren as “Iyakkunar Semmal”. That was the first […]

Indian members of Team Stark left Robert Downey Jr aka Iron Man overwhelmed by their love and adulation when they assembled in Delhi, Mumbai, Chennai and Bengaluru to meet their favourite superhero early on Sunday morning. Downey Jr, who has been playing the much-loved character since 2008, was in live conversation with his Indian fans […]

Hellaro, Nooreh to be openers of Indian panorama at 50th IFFI

Union Minister for Information and Broadcasting, Prakash Javadekar on Sunday announced the 26 feature and 15 non-feature films, among the 250 films, which will be screened in the Indian panorama section at the 50th International Film Festival of India in Goa to be held from November 20 to 28 in Goa. The festival’s flagship section, […]