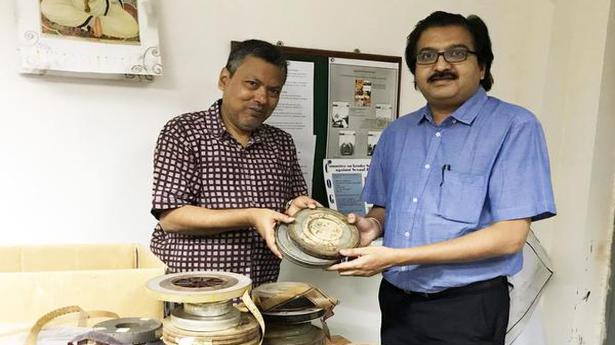 In a vital addition to its ever-burgeoning vaults, the National Film Archive of India (NFAI) has acquire a treasure trove of cinema memorabilia belonging to still photographer and ace cameraman Mahendra Kumar, an associate of legendary filmmaker Ritwik Ghatak.

Kumar, who passed away in 2016, was a close friend of the great director for nearly two decades, and had worked with him as an assistant cameraman and still photographer on such Ghatak classics as Meghe Dhaka Tara (1960) and Subarnarekha (1962).

He had also worked as a still photographer on renowned actor Utpal Dutt’s first directorial venture Megh in 1961, for which Dutt also wrote the screenplay.

Prakash Magdum, Director, NFAI said that Kumar’s priceless collection included more than 1,600 photographs, several of which include posters and stills from classics such as the 1959 film Bari Theke Paliye (Runaway in English) – a film very similar in tone to Francois Trauffaut’s 400 Blows(also 1959) – and other landmark films like Nagarik (1952) and Titash Ekti Nadir Naam (A River called Titash, 1973).

Kumar’s collection, which was housed in the Centre for Studies in Social Sciences, Calcutta (CSSSC) also includes 2,300 colour positive films, 350 stripes of negative films and around 30 cans of film reels besides scripts, cameras, lenses, books, journals, notebooks and other items that would prove useful to film researchers.

“Mr. Kumar was a celebrated still life photographer whose collaboration with legendary dancer and choreographer Uday Shankar in producing ‘Shankarscope’ was well-known. The oldest photograph in this collection which we have secured dates back to the 1930s and includes rare photographs of Uday Shankar and his dance troupe,” said Mr. Magdum.

“We came to know about Kumar’s collection early this month during a conversation with Anil Srivastava, a U.S.-based Indian film scholar. I immediately went down to Kolkata and got in touch with Abhijit Bhattacharya, the documentation officer at the CSSSC, who immediately acceded to the NFAI’s request for preserving Kumar’s memorabilia,” Mr. Magdum said.

“Since the collection acquired is a large one, the first order of business is to catalogue it and check the condition of the film reels. The NFAI plans to digitise the material and on completion of the process, we will be sharing a copy with the CSSSC for its collection to help researchers and students in their work,” he said.

In Jogen Chowdhury’s 80th year, an exhibition that celebrates the leading modern artist

There are many luminous points of entry into Jogen Chowdhury’s ongoing exhibition at Kolkata Centre for Creativity, but let me start with the moment when Chowdhury walked us through it, alighting with joy upon some sketches he had done as a student at the Government College of Art & Craft in Kolkata. “I didn’t realise […]

‘I have never gone looking for disciples’

It’s Friday afternoon, and over lunch, Pandit Jasraj watches the India-Australia cricket match. He’s just completed a round of interviews, and his daughter Durga jokes, “How did you agree to speak to the media on the day of a match?” He smiles and says, “Nobody told me about the game earlier.” The legendary Mewati gharana […]