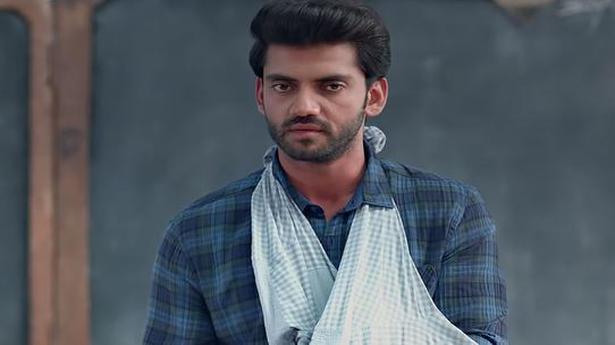 A remake of the 2014 Thai film, Teacher’s Diary, Notebook gets two things right. First, the location—the middle of the lake, a crumbling houseboat school, with a faint mobile signal, is the retreat we all need to immediately head for. Second, the cute, apple-cheeked kids, who have become the mainstay of Kashmir films of late. Now for the problem: how long can you sustain the audience interest in a film by making them go “wow” for the locale and “aww” for the children.

There has to be more to the film. But all one gets is a pair of vapid lovers who meet between the pages of a diary. Kabeer (Zaheer Iqbal), a former armyman fighting a long-held guilt, becomes a teacher in a remote Kashmir school only to find himself falling in love with the previous teacher Firdaus (Pranutan Bahl), a woman he hasn’t met. Their romance remains incredulous and insipid from the start to the end. The whole idea of soulmates here is hoary as hell. Just when you think things are getting all wrapped up and heading for a closure for the two, there’s a twist of an excuse to make the narrative needlessly protracted.

Militancy becomes a mere backdrop, something which is given half-hearted nods to—a minefield, a Pandit leaving for Kashmir, a Muslim protecting his home, a floating dead body, a dictatorial dad who wouldn’t let the kid study, hints at indoctrination – that are just left at that. What I was particularly appalled by was a terrible scene at the start of the film where good kids and bad kids fight over a cricket pitch (read Kashmir). Don’t plant children so insidiously into a land’s eternal politics please? Even the cute ones that you bring on the screen later, can’t undo the damage already done at the start.

He is the man with just a bow and arrow among the mighty warriors of the Marvel Cinematic Universe but actor Jeremy Renner says he would not change anything about his character Clint Barton a.k.a Hawkeye, a superhero without any superpowers. “I wouldn’t change anything,” Renner said about Hawkeye, calling the character’s “tenacity” his real […]

Oscar-winning sound engineer Resul Pookutty on Saturday said he was planning to produce a film on runaway children in India. He said here that the script is being written by a noted scriptwriter from Kerala, after which the film’s shoot will be planned. It will be ready by next year Pukootty, who won the Academy […]

‘Shadek is obnoxious; he is tough’