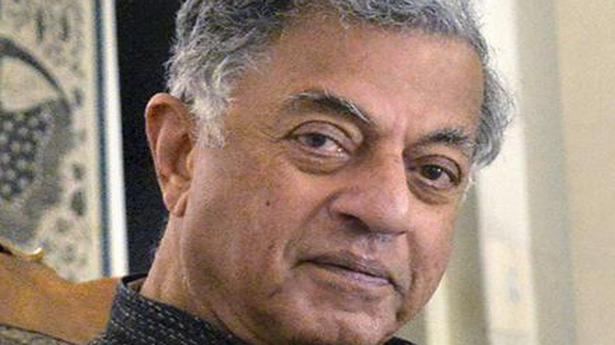 The Jnanpith and Padma awardee succumbed to multiple-organ failure at his residence on Lavelle Road in the city, according to sources. He had been ailing for sometime. He is survived by wife Saraswati Ganapathi and two children.

Born in May, 1938, he was one of the most prominent theatre personalities of the 60s and 70s, a period regarded as the Renaissance of Indian theatre. He worked with mythology and history and gave them a contemporary resonance in plays such as Tughlaq and Hayavadana. He wrote his first play Yayati in 1961 when he was a Rhodes scholar in England. Karnad translated most of his plays himself. His last play was Rakshasa Tangadi, published last year, set in the last years of the Vijayanagar empire.

He was also a film director and actor, his acting debut being in the classic Samskara, directed by Pattabhirama Reddy and based on a novel by U.R. Ananthamurthy. He made a name not only in parallel cinema but also for his roles in mainstream films in multiple languages. He acted in films like Manthan, Minsara Kanavu, Hey Ram, China Gat, Tiger Zinda Hai, Kadhalan among others. He directed films like Utsav, Tabbaliyu Neenade Magane and Kaadu.

Magazine: The multifaceted Girish Karnad says theatre is not dead

A highly regarded public intellectual, he often became the target of the Hindutva right, most notably for his views on Mysuru king Tipu Sultan, on whom he has authored a play. Coming in the midst of a raging controversy over the State’s decision to celebrate ‘Tipu Jayanti’, his comment that the city’s international airport could have been named after the king created a furore. Though he apologised for the misunderstanding it caused, he stayed firm in his views.

He said in a later interview to a television channel, “I think he [Tipu Sultan] was a great king, he was a great thinker, a great strategist, and he did so much for Karnataka. I stand by what I said. I admire him. I think he is one of the best Kannadigas we had in the last 500 years, after the fall of Vijaynagar.”

Karnad was believed to be on the hitlist of the gang that killed Gauri Lakesh and was given security by the State police in the aftermath of her death.

In a tweet, historian Ramachandra Guha said about Karnad, “Playwright, actor, institution-builder and patriot, Girish Karnad was a colossus. It was a privilege to have known him, a far greater privilege to have seen his plays and read his work.” In another tweet he talked about how Karnad’s plays seamlessly blended North and South, the folk and the classical, the demotic and the scholarly. “In his life, he embodied the richness and depth of Indian civilization more nobly and less self-consciously than anyone else I knew.”

The Karnataka Government has declared a holiday for schools and colleges and three-day State mourning in honour of the writer who brought the 7th Jnanpith to Kannada.

His last rites will be held at Kalpalli crematorium in Bengaluru. People can pay their respects at the crematorium, said his son Raghu Karnad. The family has said that it will be a simple funeral without any form of ostentation or ritual. Karnad’s last wish, his family said, was that there should not be a funeral procession, no VIPs should visit him and no flowers should be placed on his body.

For fans of the whodunit as gradually unfolding conundrum rather than mere build-up to a climactic masterstroke, an Indian reboot of a British play based on the 1962 Agatha Christie novel, The Mirror Crack’d from Side to Side, has been served up by the National Centre of Performing Arts (NCPA) this week, with its opening […]

Photography has never had it so good. Thanks to the explosion of the Internet, information and mobile cameras, the medium has a newfound relevance. What with the scholarly work, exhibitions, discussions, museums, dedicated biennales and fairs building a discourse around it! “Everyone is looking at archives now that they never thought about earlier. They feel […]

This ‘Star Wars’ Day, here’s a look at all the spin-offs, movies, and TV series coming up in the franchise

May the Fourth be with you, as fans have plenty to look forward to — from new seasons of ‘The Mandalorian’ to a movie from Marvel’s Kevin Feige and a female-centric series to boot — heady times are ahead! Source Related